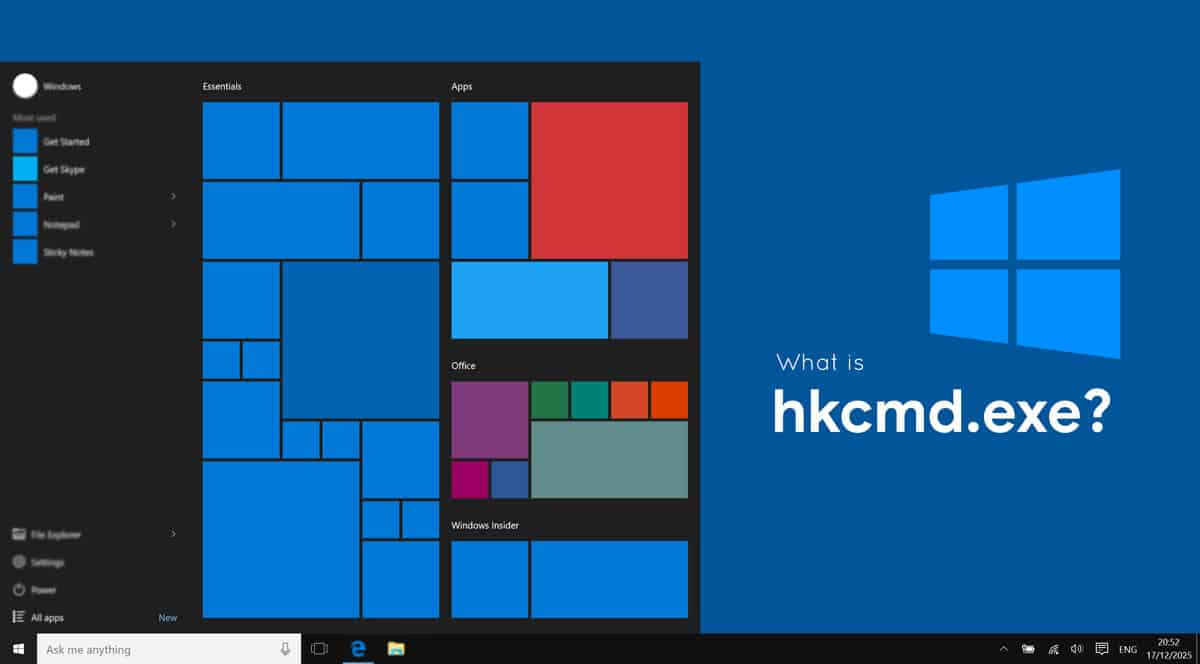 hkcmd stands for “Hotkey Commands”. It is a system file that is responsible to handle and detect hotkeys or keyboard shortcuts that are associated to function with Intel Common User Interface.

There is no doubt Windows users do develop a habit of checking the task manager often. This is because it allows us to check how various components of our system are performing and also tells us which process is using what resources. During this whole process of digging into the computer, most users encounter the hkcmd.exe process in the task manager. If you notice the activity of the hkcmd.exe process, it usually gets launched by itself on every startup. So today, we will see What is hkcmd.exe, is it is harmful and how we can disable it.

This article is a part of our Windows explanatory series which explains different processes found in Windows like dwm.exe, Vulkan Run Time Libraries, svchost.exe and ctfmon.exe and many more.

Basically, hkcmd stands for “Hotkey Commands”. It is a legit system file that is present on every computer with Intel 815 and 810 graphics drivers installed. Usually, the hkcmd module is responsible to handle and detect hotkeys or keyboard shortcuts that are associated to function with Intel Common User Interface. The file is not particularly a Windows system file, but due to Intel’s associativity, it does act like one. That is why it is located under “C:\Windows\System32”. As a result, it can launch automatically on system startups without even notifying you.

The hkcmd.exe works as a hotkey interpreter that detects whenever you use any keyboard shortcut that is set to control any Intel’s graphics settings. For instance, you can try out this key combination, Ctrl + Alt + F12, to directly launch Intel’s Graphics and Media Control Panel. This shortcut will also be interpreted by the hkcmd.exe process as well.

So, as now you have a decent knowledge about “what is hkcmd.exe”. It seems quite a common question to ask “Is hkcmd module harmful?”. If you go on the internet and start searching about it, people have mixed opinions about it and report that they have performance issues while hkcmd.exe runs in the background.

So, is it safe? Yes, it is actually safe to run on your computer because it is a genuine Intel’s process. Unlike any other system file, this is absolutely safe to have. And, all it does is to detect if you have used any keyboard shortcut combination or not.

However, if you are facing some issues on your computer due to the hkcmd module. Then, there are possible chances that your computer has malware disguised as hkcmd.exe. Hence, make sure to go through several security checks using Windows Defender or any other antivirus software you have installed.

What To Do If hkcmd.exe is a virus?

If so, there are several ways to detect hkcmd.exe malware and eliminate it from your computer. Hence, if you want to know the ways in which you can fix the hkcmd.exe errors. Keep reading!

1. Use CCleaner to Repair Registry Entries

Thus, the best method to fix such kind of errors is that you completely clean the registry and repair it for best results. One software that can help you in repairing the registry entries is CCleaner. Using it, if there are any wrong entries in the name of hkcmd.exe, it will all be fixed easily.

Step 2. Now, install and launch it on your computer.

Step 4. Now, on the main window, make sure all the options are selected under the Registry Cleaner section.

Step 5. Afterwards, click on the Scan For Issue button.

Step 6. If it indicates any issues after the scanning process, click on the Fix button to fix all of them.

In case cleaning the registry entries of hkcmd.exe did not fix the issues on your computer. The next step we can take is to check if it is actually a malware. If yes, then kicking it out of our system should always be our first priority. So, how can you detect if the hkcmd module or hkcmd.exe file on your computer is a malware? Sometimes, such malware like fake hkcmd.exe files can even bypass the checks from Windows Defender because it uses a genuine resource name.

Thus, in this situation, we need to use antivirus that is capable of scanning your computer thoroughly. Malwarebytes is a popular tool that is quite effective against most of the malware that is rolling out these days including fake hkcmd.exe files.

Once you download the software from the official source, install it on your computer and launch it. Afterwards, all you need to do is click on the Scan button and eliminate all the suspicious software from your system like faulty hkcmd.exe files. If the software does not show any kind of fault with the hkcmd.exe process, we will need to fix this issue by other methods.

If you have a faulty hkcmd.exe file or hkcmd module on your computer. There are chances that it might reflect adverse effects on other Windows files as well. Hence, in this case, many other errors can show up in your system because of hkcmd.exe.

Hence, to repair these hkcmd.exe errors, we can try out running the System File Checker. This will help you to perform a full system scan and find if the hkcmd.exe is causing any errors.

Although the method is pretty easy, you should follow the steps properly as it involves the use of the Command Prompt. Hence, it is necessary that you type the commands correctly. Otherwise, the command prompt will show you errors. Let’s begin with the method now.

Step 1. Right-click on the Start button on your computer’s taskbar.

Step 4. It will take some time to scan your system. Once the scan completes, restart your computer and see if the issue is resolved or not.

Once you run this test, we hope all the hkcmd.exe errors will no longer show up on your computer.

If there is any issue going on with the original hkcmd.exe file, removing the Intel Graphics Drivers from your computer can potentially fix everything. Later on, you can reinstall the drivers once again, if needed.

Step 5. Go to the Driver tab in the header menu.

Step 6. At the bottom, you will find the Uninstall Device button.

Step 7. After uninstalling, click on the Ok button to finish the process.

Now, restart your PC after the process. Once the PC reboots, it will automatically download the latest drivers once again. This process is quite effective in solving all the errors related to the hkcmd.exe process or hkcmd module.

How to disable hkcmd Module Startup

If you don’t want the hkcmd module or hkcmd.exe process to run on startup. You can possibly try to disable it using any of the two methods mentioned below.

For this hkcmd module startup disable method, all we need to use is the Task Manager only.

Step 1. Firstly, we need to open the Task Manager, you can do it by simply right-clicking on the taskbar, and choose the Task Manager option. You can also open it directly using the shortcut Ctrl + Shift + Esc.

Step 4. Now, click on the Startup tab in the header menu.

Step 5. If you find the hkcmd module in the list, right-click on it and select Disable.

If you don’t find the hkcmd.exe process in the Startup tab, you can disable it by using the Control Panel as well.

Disabling the hkcmd module startup process is quite easy using the control panel as well. Just make sure you follow the steps properly.

Step 1. Click on the Start button and search for the Control Panel.

There’s an alternate and easy way to disable hkcmd.exe process to run on your computer. You can simply launch the Intel Graphics and Media Control Panel using the shortcut Ctrl + Alt + F12. In the Basic Mode settings, you will find the Options and Support tab. Here is the option to disable the Hotkey functionality. Once you uncheck the option, the hkcmd module will no longer launch on your computer until you turn it back on manually.

As we have tried to answer “What is hkcmd.exe?” in the simplest way possible. Thus, we hope this guide will help you clear out your doubts regarding the hkcmd.exe process. Normally, the hkcmd module or hkcmd.exe process causes no harm to our computers as it is used for a very basic task. But, we can not ignore the fact that there are lots of malware present on the internet with the same name. In case you are suspicious about the process and think it’s a malware. We have mentioned all the methods to fix the issue. In case you want to share your suggestions or queries with us. You can write it down in the comments section below and let us know. 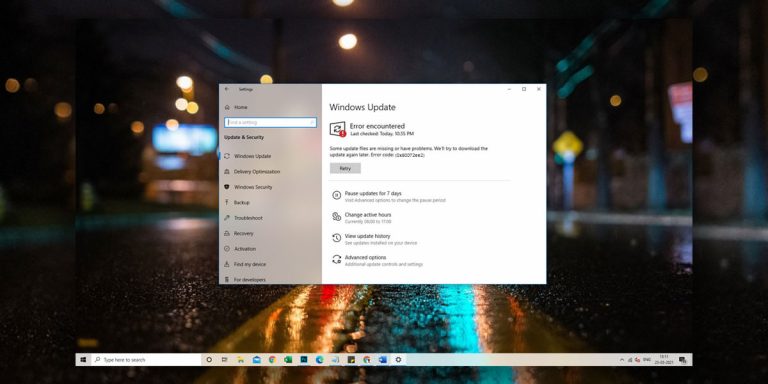 The software on your computer is responsible for its internal functionality. Just like a student needs to be updated on their subjects, computer software requires to be upgraded. Upgrading your OS takes no effort as it is automated on every system today. However, downloading and installing the new upgrades may not go as planned and… 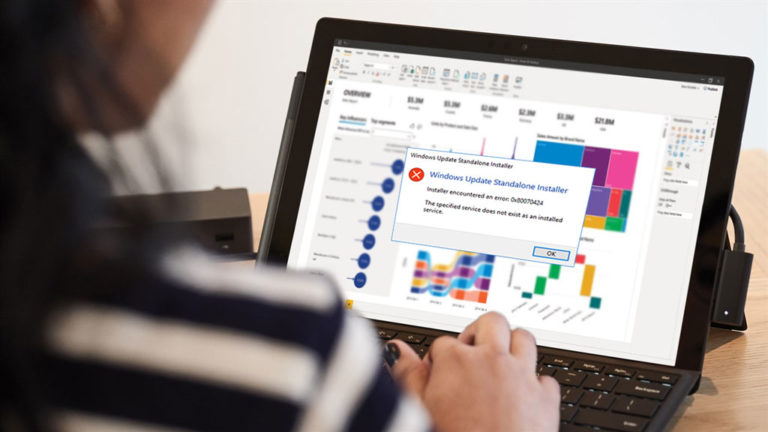 Updating Windows is quite an important task to do if you want to keep yourself away from facing bugs and malware. Updating your Windows makes your pc or laptop safer and harder for hackers to hack, but there are times when you receive update errors preventing you from updating your Windows. There are a few… 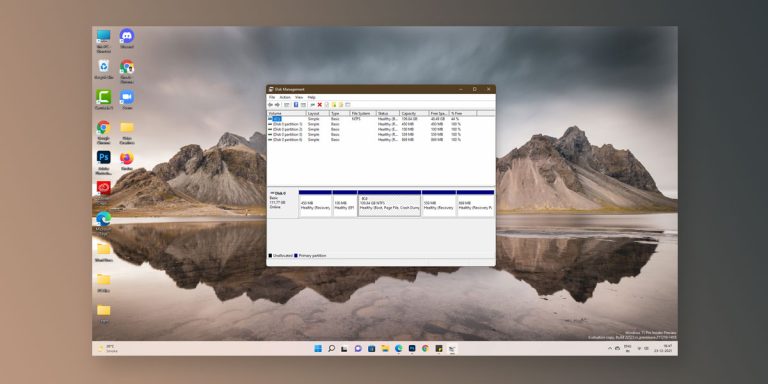 Some performance tests show that Windows 11 has better and faster loading times than the previous Windows versions. In fact, some people went out to install Windows 11 on older machines (which isn’t officially supporting it), and found out that the Windows 11 still works lot faster, considering how archaic the hardware it runs on…. 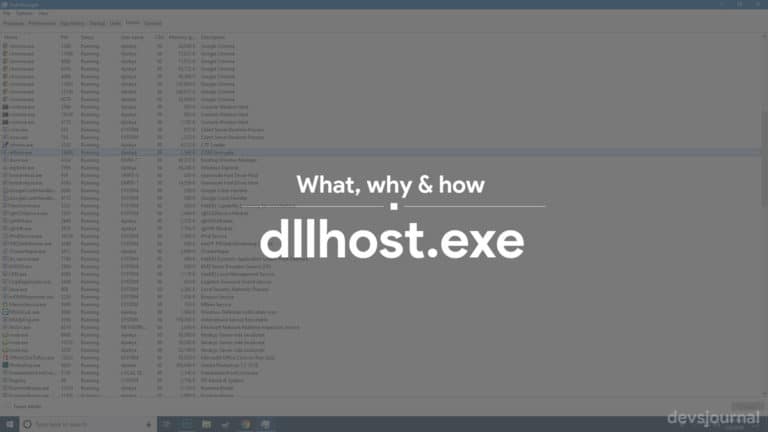 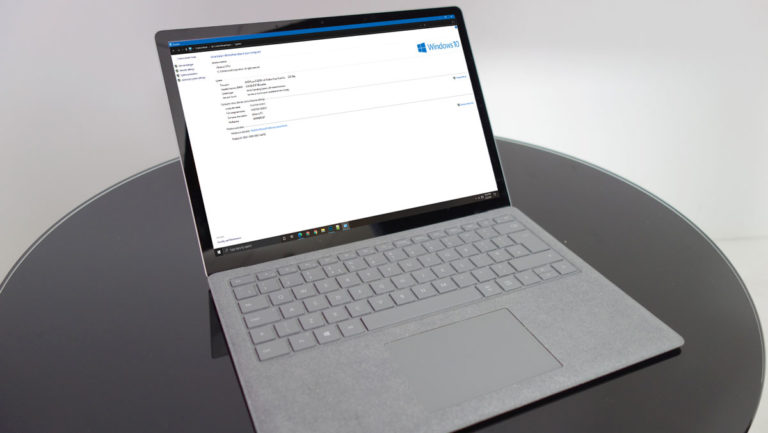 A vast majority of people operate their computers using Windows 10. No wonder, it is one of most widely used operating systems available out there. But, the fact that its original version is slightly expensive to purchase. Most users don’t buy the Windows 10 Activation key and keep using it with the irritating Watermark present… 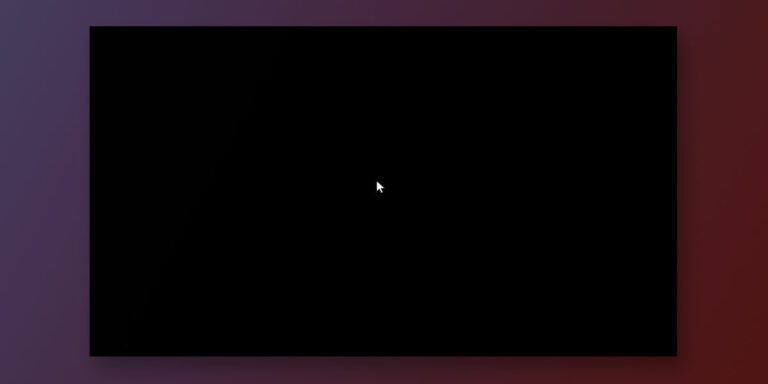 It has customary at Microsoft to roll out a new software update after fixed intervals.  However, with each new software comes along a few new issues. Despite tremendous development, we are yet to experience a software update that is free of any annoyances or issues whatsoever. Microsoft’s next-gen OS, Windows 11, is already available for…