A Beginner’s Luck with Linux: A journey with Tux 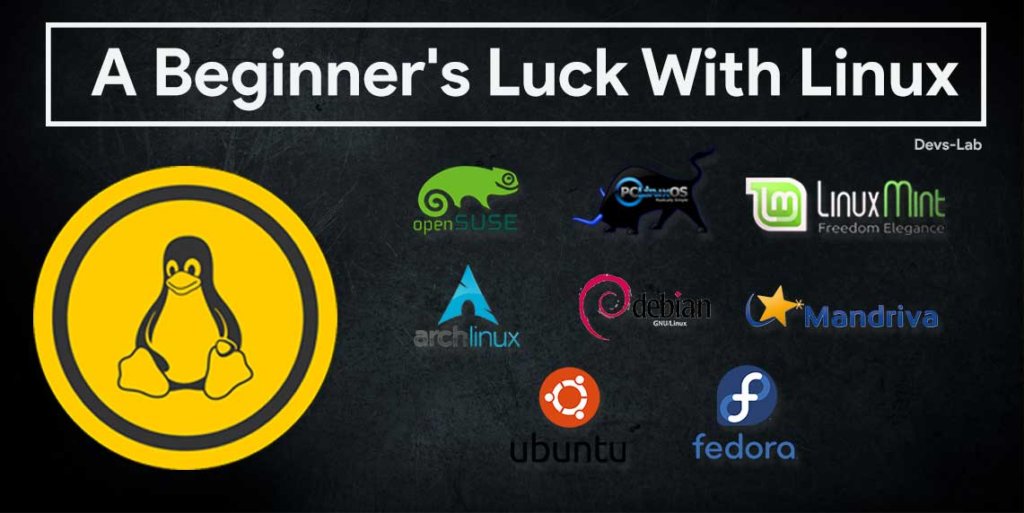 There is a step-wise process in which a person gets acquainted with Linux. For some, the road is quite steep, bumpy and unnerving. While for some, it’s a brick wall which they just can’t possibly get through and the rarest of the rare are the ones who go through a proper path of “How to learn linux” where supposedly nothing goes wrong, but fortunately, it still does happen (equality – 1, beginner’s luck – 0). Now knowingly or unknowingly why will anyone venture into such volatile wilderness?

Steps to Learn Linux for Beginners

There are primarily two reasons – they have to use it for something work-related or out of sheer curiosity.

The work-related stuff is the easier way to go. Be it needing some open source tools, or all your office computers have Fedora, OpenSuse, Red Hat or Ubuntu. Whatever the work might be, the good thing is you always have either a superior/senior or a technical advisor or an administrator to walk you through the steps you have to follow to learn Linux like, show you the commands, exactly where certain options are, etc. But there are challenges in this spoon-feeding technique also. Challenges resulting in comments like-

“Is there no Windows alternative, so I have to use this?”

” I know this is the hundredth time I’m asking you but can please tell me where the xxxx is again?”

And the queries and comments carry on. Others use mainly for experimentation, computation-based research purposes that requires them to use some tool, set the algorithms used and then inputting the data sets, then running and checking the results out or use design or drawing tools and such. That is also not very difficult to learn Linux basics since your supervisor should/will help you out and what you intend to do will not be the road not taken.

Then there are the adventurists. They have read about the Linux Operating System in blogs, heard about them in technical videos, might even have heard from a friend/classmate that he or she uses Linux to do this “cool” thing and it’s only possible in Linux and can be done easily too. This person’s introduction to the “Linux Operating System” follows a unique path –

He gets inside a whole new world. New words like ‘open-source’, ‘unix’, ‘distribution’, ‘distro’, ‘kernel’, ‘shell’ and in more recent times ‘system-d’ and ‘system-v’. But all he remembers is “Linux is a free operating system which you can download“.

He gets a lot of links with similar titles ‘Download ABCD x32/x64 version xx.xx” while learning Linux operating system. Now here ABCD is replaced by the names of the most googled names of distros, Ubuntu, Fedora, Debian, Mint, etc. Now what usually one does is either go to the first link which is mostly Ubuntu or he opens multiple links in multiple tabs and checks the differences which for the untrained eye is just visuals in the web pages. The overly enthusiastic and impatient ones just click on the download button. While others prefer to browse the web page. Which again leads to confusing terminology, ‘flavours’ or ‘ desktop environments’.

Now our curious friend starts googling the different names, unity, lxde, mate, cinnamon, etc. Watching videos and reading blogs he figures mostly the difference is in looks. And the technically sound one gets to know about the resource requirements.

Now comes one of the most difficult decisions, which one will he choose the best linux operating system to download. Most blogs he read asked the first time user to try Ubuntu or Mint and on a rare blog even Fedora. The majority sticks with Ubuntu followed by Mint then Zorin. However, that doesn’t make up the whole lot. In a class full of students, there are all kinds present, the teacher’s pet, the nerd, the geek, the rich kid, the girl on whom everyone has a crush on, the weirdo, the unorthodox out of the box thinker and so on.

Here also there is that one kind, who chooses Kali Linux, because it has the coolest tag ever, Penetration Testing and Ethical Hacking. Though with no idea what the word ethical hacking and penetration means (no pun intended). The gamers and the technically sound ones who try to go out of the box look for a flavor’s system requirements. Then, there are the people who tend to go towards either a Gnome 3 or KDE desktop, why, because they are shiny what else.

For our newbie “How to install Linux” is one of the most mind-boggling tasks they have to go through. This is very, and I say again very very destructive in the hands of anyone who is impatient. “Selecting time-zones – done, keyboard layout – done, okay, now what is a user and a root user and why do I’ve to set up separate passwords? Some people just use the same for both cases and some use two different ones.

Now comes the hardest part of Installation, when the OS gives you the option to either let the disk partitioning done automatically or you wanna do it manually. The latter option leads to thoughts like, “ext2? Ext3? Ext4? Swap? Mount points? /boot? /home? /usr? “. Some people take help from here onwards, ask a friend who knows or again all hail Google. Finding it too unnerving some move back and choose the automatic installation. The brave ones go forth with the manual one, with a bunch of them ending up destroying all the data that exists on their hard drive. A lot succeed with a messed up partitioning scheme (aka. dual-boot failure), a few succeed properly with accurately sized partitions and mount points (basically who did their homework).

Now our friend has a computer, which booted up with a Linux distro installed. Now the ex-Windows user does what he would do for a first time booted Windows OS, install drivers. But hey, he didn’t download the drivers before hand, and still the Wi-Fi and Ethernet works, nice. Most probably the first smile in his face from the time he started his journey. In addition, it came with Firefox, wow!

After installation begins probably the most exciting part of this journey – exploring the new system. Some people are really taken by the visuals, it attracts them, engrosses them. The sheer beauty of it calls to them, appeals to them. Within a few seconds these people fall in love with they get and also almost all the time make a vow never to switch back again.

Then comes the time when they start moving around, clicking stuff, trying to find stuff. A lot of people are at a loss here. They don’t always have a app menu or know specifically what an app is for. No icons on-screen either. Then there are no drives like “C:”, “D:”, etc. Instead when open a file manager or more specifically either stumble upon it or find it, they are greeted with a screen where they options similar to the “C:/Users/” folder, viz. Desktop, Documents, etc.

As the days progress our adventurer gets familiar with the environment, bit by bit learning about the plethora of settings/options available. Some find it difficult without the minimize button or taskbar (Cough! Cough! Gnome). Sometimes it is on the opposite side and so on and so forth. Now with these they learn that using the command line is not an primary necessity, neither is living in the boundaries of a pre-structured visual style. But this is not without its own fair share of issues.

I bet every new Linux user had at least tried once to open an “.exe” file by double clicking on it and got disappointed. Installing new software is completely different, many of the settings and what they do are different, trying to make something work while following an tutorial or answer online and unknowingly doing something wrong can lead easily lead to a system crash, graphics driver is one of the primary examples of them, and the list of issues goes on.

But after all this, when our adventurer finally settles down, gets something stable and working, tweaking It just the way he or she desires it, then comes a feeling of content. A felling of satisfaction. Now the difference between a Linux system and an Windows system is quite clear, many misconceptions are cleared, many superstitions are broken, many things loved and many things enjoyed, and somethings broken along the way too.

Some people stay, some come back from time to time, and some move on. However, the essence of the experience stays be it good or bad. Moreover, that is what matters. What you yourself can share about it.  Something completely your own. 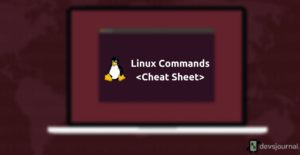