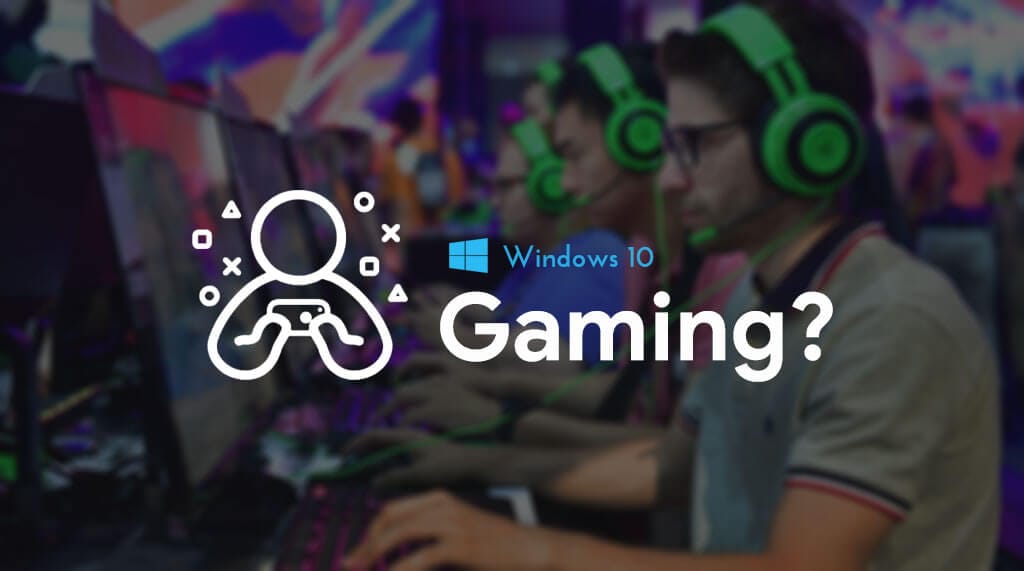 If you love gaming, you’re probably wondering which is the best operating system for it. There are many in the market so there is no way for the regular user to find out.

That’s why the majority of PC gamers utilize their Windows 10 computers to play their favorite games. We all think it’s the best but it may not be.

Hence, we’ll be assessing each of the operating systems available, seeing how well they fare against each other. By the end of this article, you’ll know if Windows 10 is the best for gaming. If interested, keep reading.

The Operating Systems At A Glance

Before we dive into different operating systems, let’s take a look at the 3 main options available. These are MacOs, Linux and Windows.

You can argue that Windows is the most common operating system in the world. Being a product of Microsoft, it changed the world when it was first launched. Most people found out how easy it was to use this computer.

Windows was launched in 1990. Several decades have passed and Windows keeps improving itself. From Windows XP to 7, 8 and now 10, we keep seeing many positive changes over the years.

As of now, we have Windows 10. Microsoft has stated that they’re not going to release a newer version of Windows but will keep upgrading the 10.

As a product of Apple, you’ll notice that it isn’t customizable. However, it’s been designed to fit the hardware of the computer extremely well. Thus Apple computers have some of the best specs for games. This makes swapping out parts for better ones unnecessary.

Although it was launched in 1983, macOS isn’t as commonly used as Windows. This is probably due to it being exclusive to Apple computers, and being very expensive. That being said, it’s next in line in terms of popularity.

Linux is the least common operating system. Linux comes in multiple forms: the most common being Ubuntu.

Not many people realize that Linux can be used on mobile devices. Android users can utilize Linux kernels for their operating systems.

Linux is targeted towards professionals rather than regular users which is why it outperforms the above in terms of security and reliability.

Which Is The Best OS For Gaming?

As we discussed everything you need to know about them, let’s dive into which operating system is the best.

In terms of Windows 10, it has had a number of driver updates. These updates have made the operating system work as smoothly as possible. If you were to pass your Windows 10 computer through a benchmark test, you’ll see that it has a great frame rate.

This isn’t the only thing that makes it great for gaming. You have unprecedented access to the DirectX 12.

Along with the fact that the OS lets you adjust your GPU and CPU, you have a beast of a computer in terms of gaming.

While computers have much better hadware when compared to laptops, you can still buy the best gaming laptops in the market to play your favourite games. Make sure your laptop has the latest Windows 10 build. The access to the DirectX 12 in Windows 10 allows you to play high end games in maximum resolution.

As a PC gamer, you know that not all games are available on each operating system. This isn’t the case with Windows 10 as all games launch specifically for it. So, you’ll never have to worry about your games not being available on your Windows 10 computer.

Although this is great for newer games, the operating system hasn’t been designed to handle older ones.

Windows 8 is similar to windows 10. This was especially true when Windows 10 first came out.

If you use a Windows 8 computer, you’ll note that the operating system is quite smooth. If you pass the PC through a benchmark test, you’ll see that it can handle the most extensive games. Although this is the case with its counterpart as well, this is where the similarities end.

This is a critical point to consider as most games are built around X 12 capabilities. You may be lucky; if you’re using a Windows 8 computer and trying out games focused on the x 12, you may be able to use them but the quality won’t be that good.

You’ll notice that older games aren’t readily available on the Windows 8. And even if they are, they don’t work as well as they should.

Windows 7 has a cult following. However, it’s probably the worst Windows OS in terms of gaming. Since it’s so old, its drivers aren’t compatible to run newer games. However, older ones are able to run on the operating system as they were designed with this in mind.

Since it’s quite old, newer games aren’t released for windows 7 due to a lack of users.

And if they’re released, you’re most likely going to run into many issues within the game. As of now, it’s reported that 20,000 games are available to download on Windows 7 devices.

It’s strange to think about Linux being used by gamers. It’s used mainly for coding as it’s open-sourced.

This is due to the quality of the drivers present. These aren’t as optimized as their Windows counterparts.

Unfortunately, game developers aren’t releasing games for Linux. This doesn’t mean you can’t play games on it. You can play games that are not available for Linux through third-party software, like Steam. However, you could download Wine as it’s the most compatible software for Linux.

As you can guess, Linux computers don’t come with access to X 12. Why would it? Developers don’t release games with this operating system in mind.

In terms of games available on Linux, it is quite small even compared to Windows 7. Unfortunately, there are only 3000 games. That being said, the future is hopeful. Developers have expressed interest in releasing more games for Linux.

With all this aside, Linux is known to be a very secure operating system. So you can use it to play your games without worrying about getting a virus.

Not many games are available for the macOS. In fact, the number of games available is much less than those on Linux. This is because Mac runs exclusively on Apple computers. Since Apple is so strict with customizability, developers aren’t a fan of releasing games for these computers.

The games available for the Mac are incredibly slow. This is because they’ve been adjusted to fit the Mac operating system.

In terms of how slow they are, they’re about 2/3 slower than if they were played on a Windows computer, irrespective of the version.

You may think you can bypass this using a third party software like Steam. However, you’ll be disappointed with the selection available. With Steam, you only have access to 3000 games. This is less than half of what you get with Windows.

That being said, Mac is incredibly secure. They’re just as secure as Linux so you don’t have to worry about getting your computer being infected. They’re also known to be easier to use; a lot more than Windows and Linux computers. This allows you to easily navigate your computer while gaming.

However, you’ll have a major problem gaming with macOS devices. As mentioned, Apple is very strict with the adjustments and customizations users can perform. With a Windows or Linux computer, you can easily swap out parts for better ones. This lets you swap the GPU, CPU, and more, making for a better gaming experience.

This isn’t the case with Apple computers as their components are sealed inside. So you have no way to swap out parts for better ones.

Taking the above points into consideration, you’ll see that there are multiple factors to consider when looking at each operating system. These are:

If you consider the above points, you’ll see that Windows 10 is the best operating system for gaming. They have the highest frame rate, most games are available for it and it is compatible with newer games as well. If your Windows 10 computer has great specs, this makes gaming even better.

Game developers also release games specifically with Windows 10 in mind. It also has direct access to X 12 which means you’re getting a very smooth gaming experience. The fact that newer games and those being released in the future revolve around X 12 means you’re always going to have access to the best games released.

Although Windows 10 is the best, it’s safe to say that Windows 8 comes in second. It offers many similar benefits of using a Windows 10 computer.

In terms of operating systems you should avoid macOS, it isn’t the best for gaming. This is due to Apple’s strict measures. Also, Linux is not the best choice as it is generally used for coding purpose. 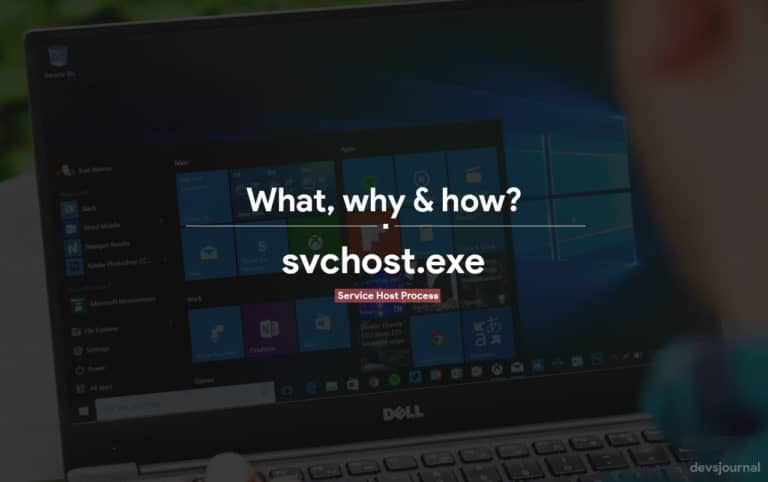 In case you are a regular Windows user, you are very likely to have spotted the task manager in your system. The task manager provides information about the computer’s performance, the running programs and processes. The most easiest way to launch the task manager is by simultaneous pressing of the buttons Ctrl+Shift+Esc. This article is… 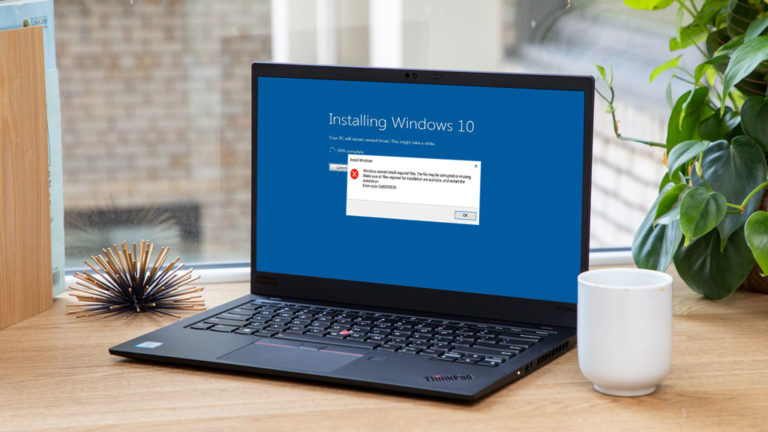 Windows might seem like a perfect operating system for most people. But, the reality is that the experience is only smooth until you start facing the errors. Yes, just like no other software is perfect, neither is Windows 10. At certain times and scenarios, you might end up encountering errors while using your computer for… 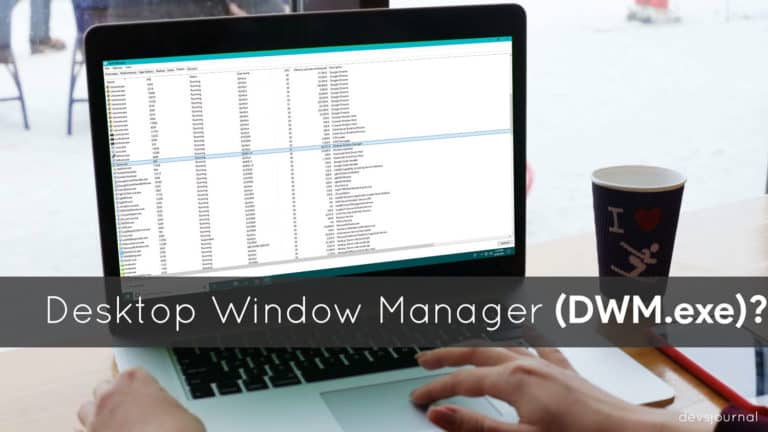 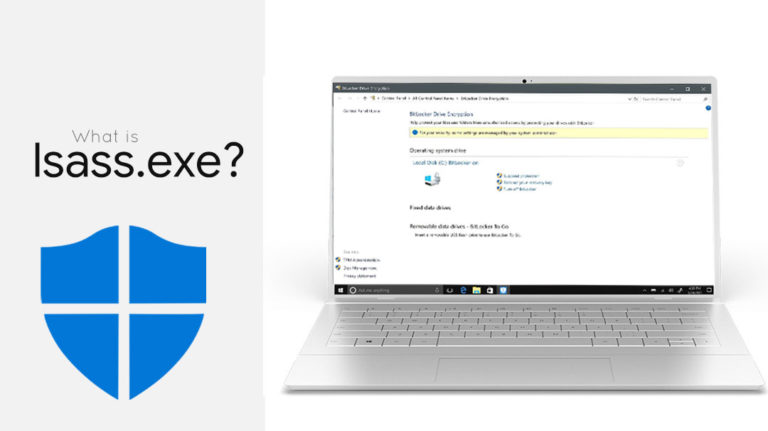 There are a lot of things that run on your computer when you use it, and most of them work in the background to make sure that they do not disrupt your work. So, since most of these files run on the background, it is pretty evident that most of you would not be aware…