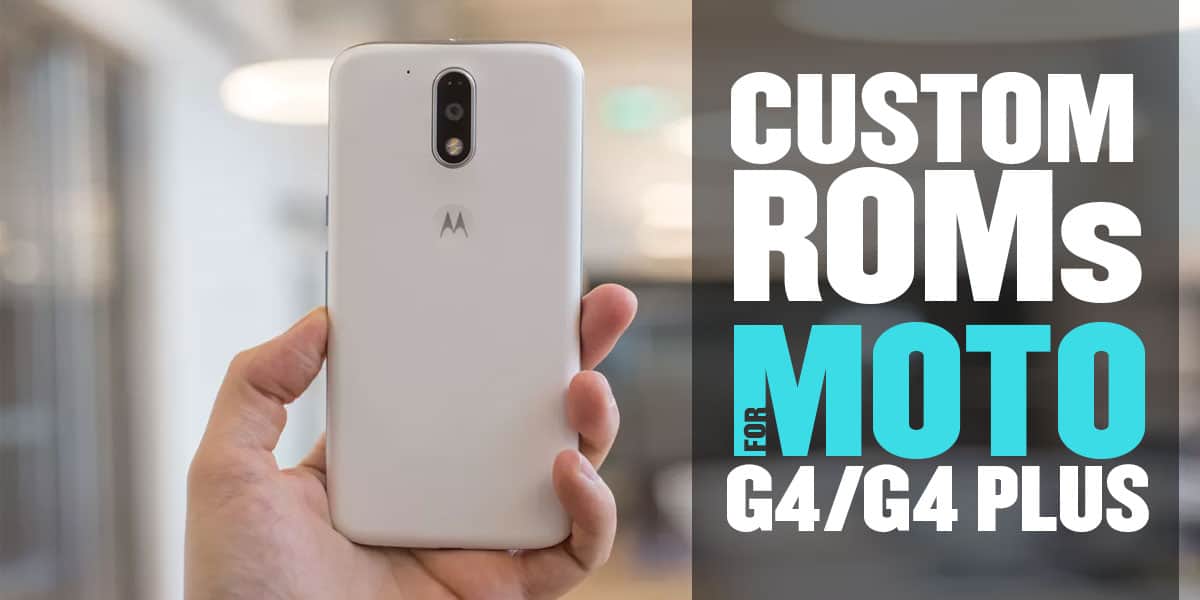 Moto G4/G4 Plus are the 4th Generation of smartphones launched in 2016 by Motorola in the Mid-Range market. Motorola has always been known for giving easy support to unlock the devices (after Oneplus obviously!) but nevertheless the process is very simple to unlock the Moto G4/G4 Play as well. This article is not about the rooting procedure so I will not go in detail about its rooting procedure. We have already published a rooting guide for the Moto G4/G4 Plus.

As these phones have passed the One-Year Warranty period, now is the best time for all of you tech enthusiasts to tinker with your devices and try out some fresh new Moto G4 custom ROMs that provide an awesome experience and insert new life into your phone.

What is Custom ROM?

An open-source software such as Android allows any party to edit its existing code, recompile it, and release the renewed version on an array of different devices. Simply put, a custom ROM is the modified version of your Android phone’s original OS. With the best custom ROMs for Motorola G4/G4 Plus, you can proactively amp up your device’s overall functionality and give it a speed boost.

With a custom ROM for Moto G4 or G4 Plus, you can unlock a plethora of additional features which would otherwise not be within your reach. Want better battery optimization? Once again, the best custom ROMs for Motorola G4/G4 Plus help you achieve just that. So, with custom ROMs, you can get an overall aesthetic enhancement and performance boost on your Android device.

Prerequisites for Installing a Custom ROM on Motorola G4/G4 Plus

The first and quintessential step to installing a custom ROM for Moto G4/G4 Plus is to download it from an authentic source. In addition, there are some other prerequisites which are listed below:

You can download the Google Apps (Gapps) Package from our site. Please make sure to download the correct version of Gapps as per your android version otherwise you’ll end up in bootloop or too many FCs. The Gapps package has to be flashed after you flash any custom ROM listed below.

Nowadays, the custom ROM market is booming with numerous extremely performance-efficient options, so choosing one over the other could pose a slight challenge. Worry not, for here we have listed down the best custom ROMs for Motorola G4/G4 Plus:

A frequently recommended custom ROM for Moto G4/G4 Plus, the ArrowOS ROM is an AOSP-based project that functions with the mantra of keeping everything simple to use and navigate. It focuses on cleanliness and neat, easily accessible features.

LineageOS is the new, revamped version of the good ol’ Cyanogenmod. A terrific custom ROM for Moto G4/G4 Plus, the AOSP-based LineageOS is known for its extreme stability and simplicity. It has been curated with an easily navigable UI that does not require much tinkering around to understand. Providing ample performance boost, LineageOS is a great option, if custom ROMs are your thing.

Also read: How to Get Android 12 Notification Panel on Any Android

If you are on the lookout for Moto G4 custom ROMs, we will definitely suggest crDroid. With amped up performance and speed, what truly makes this custom ROM stand out is its indomitable reliability. Packed with countless customizable features, you get to experience a whole new world in the same old Android device. It has been lauded for increased battery life and aesthetic advancements, making it one of the best custom ROMs available in the market.

Yet another AOSP-based highly recommended custom ROM for Moto G4/G4 Plus, SuperiorOS boasts of numerous feature updates with a boost in overall functionality and performance of your Android device. It focuses on minimalism, making it viable, both aesthetically and accessibility-wise. SuperiorOS promises 3 key things: security, stability, and extensive customisations.

A community-based project, OmniROM is a free to use, modify, and share Moto G4/Moto G4 Plus custom ROM. It aims to experiment heavily with Android development. With OmniROM, you can completely revamp how your Android device looks, feels, and functions. Filled to the brim with numerous helpful features, this custom ROM promises only the best.

Pixel Experience Plus has been around for a while, and it continues to make it to the top 10 list of best custom ROMs for Motorola G4/G4 Plus. It is essentially an AOSP-based project with all Google Apps included in the package. Moreover, Pixel Experience Plus features all the Pixel goodies, such as wallpapers, launchers, fonts and icons, and boot animation. It promises utmost reliance, stability, and security.

AOSPExtended is another AOSP-based custom ROM for Moto G4, which provides authentic stock UI/UX experience with a myriad of useful features and customizations. It offers an unhinged smooth experience. Taking the positives of other available open-source projects, AOSPExtended has included the best of both worlds. The developers of this custom ROM pride themselves for being “by an user, for an user.”

A community project based on AOSP, Havoc-OS has been greatly inspired by Google Pixel. This Moto G4/ Moto G4 Plus custom ROM boasts a redefined UI design that makes the ROM extremely user-friendly, fast, and easy to navigate. Packed with unique features that will not be available on your stock OS, you can now unleash a whole new side of your Moto G4/G4 Plus.

An AOSP-based aftermarket firmware, Bootleggers comes equipped with all essential fixes and security patches from LineageOS and numerous other popular open-source projects. The aim of this Moto G4 custom ROM is to offer as many features as possible, with utmost stability and customization options. With a reinvented aesthetic look, Bootleggers 4.1 has been winning over the custom ROM market for a while now.

BlissROM is built with the prerogative to provide a quality AOSP-based custom ROM for Moto G4 and G4 Plus devices. It can run on your Android device as your daily driver, successfully synchronizing all apps, customizations, and settings all across the board. With countless useful features packed in, BlissROM has been highly recommended by custom ROM users worldwide.

Overall, these are the top 10 best custom ROMs for Motorola G4/G4 Plus that offer unlimited customizations, increased battery life, as well as stability on your Android phone. Which ROM are you using as your daily driver? Are you satisfied with our list? If you have any suggestions, let us know in the comment section! 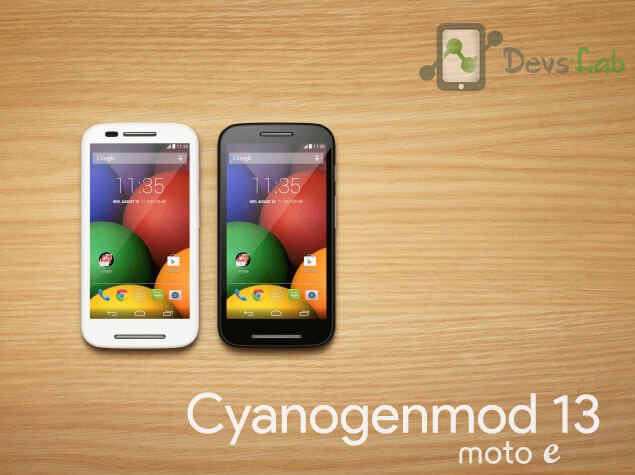 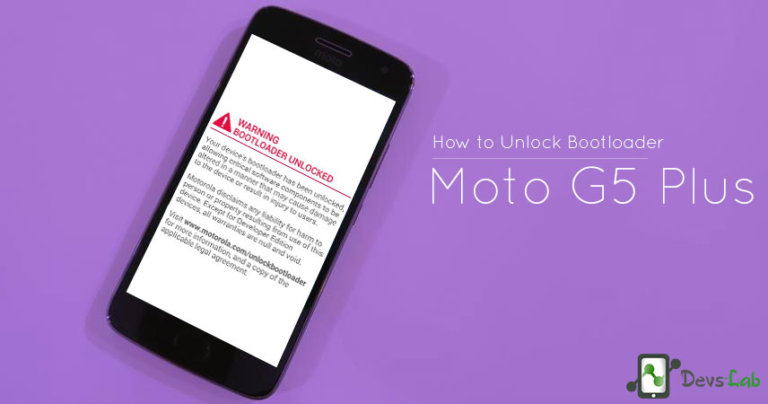 Motorola’s new mid-range smartphone, Moto G5 Plus is finally out in the market. With the price of a mid-range & specifications of flagship device, it is surely worth the money. In a recent report, Flipkart claimed Moto G5 Plus to be the fastest selling smartphone on their website. While the Moto G5 comes with AOSP… 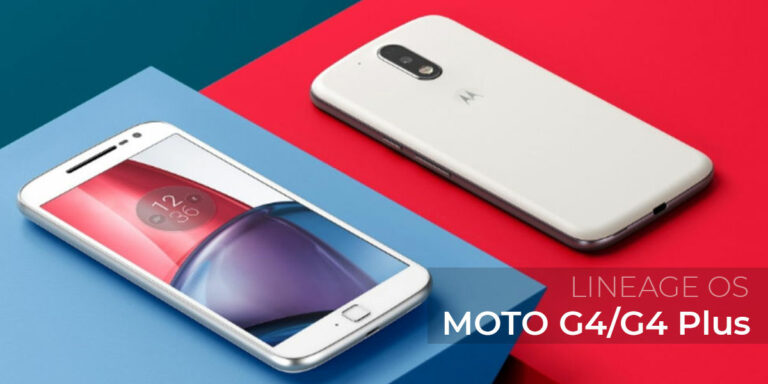 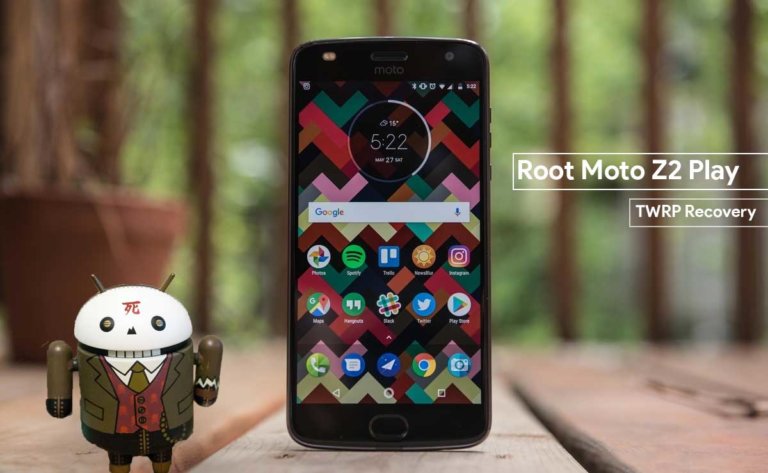 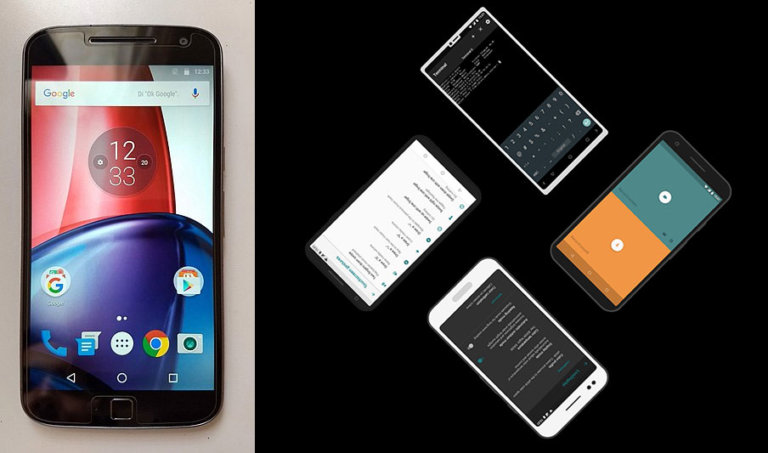