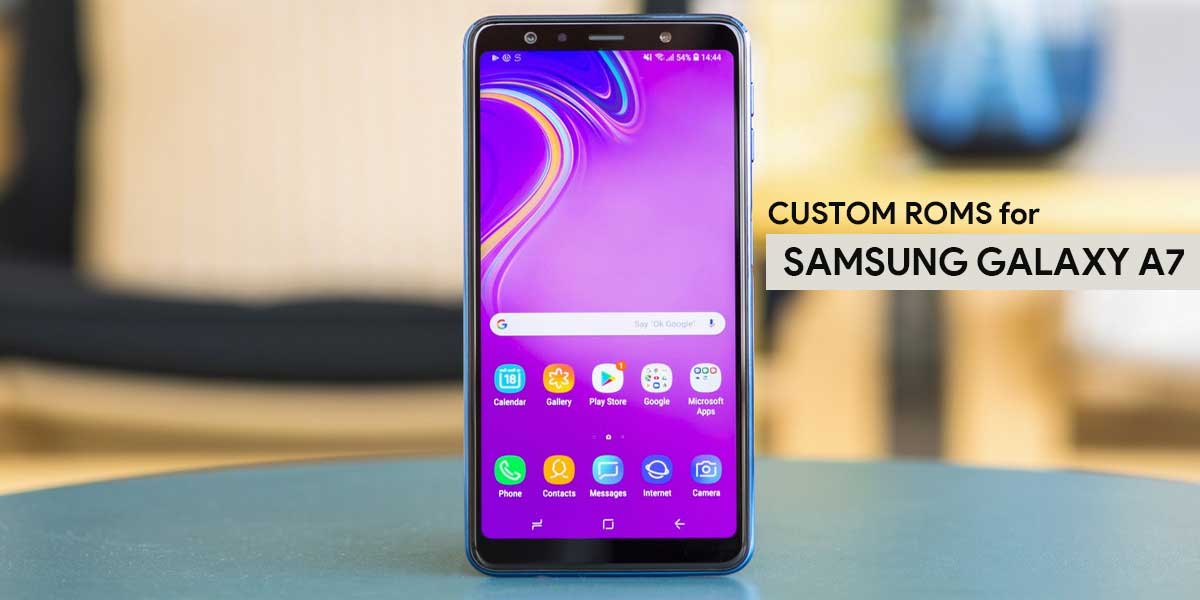 Samsung’s Galaxy edition smartphones are something that can go head to toe with every smartphone in the market currently. This is because Samsung has come a long way in terms of Android and has now started to manufacture phones with well-engineered hardware and less-bloated software.

In addition, the company has made significant upgrades in various departments such as the camera, user interface, and overall features that go into the making of a Galaxy edition smartphone.

Meanwhile, the company has also made sizeable upgrades in the system processor. As a result, a Samsung modern-day smartphone now sports a long battery life (over 5000 mAH) and is equipped with the latest upgrades. Another significant improvement in the latest Samsung Galaxy edition smartphone is that the top-of-the-line hardware allows it to run the latest Android firmware.

What Is Custom ROM?

Open-source software like Android refers to software wherein any party can edit the existing code, recompile it, and then release it for a variety of devices. In simple words, a custom ROM refers to the modified version of the OS that is available for Android devices. When compared with Stock ROM, custom ROMs come out on top as they offer a variety of features along with customization options followed by a better battery consumption. It is completely SAFE to install an Android 11 ROM for Samsung Galaxy A7 as long as you do NOT violate the phone’s warranty.

The primary reason behind installing a custom ROM for Galaxy A7 is that it offers better optimization and device performance compared to Stock ROM. Meanwhile, it also gives you tons of customization features that will significantly boost your phone’s performance. Also, custom ROMs are updated at regular intervals wherein the Android community members fix all the bugs reported.

Prerequisites For Installing A Custom ROM on Samsung Galaxy A7

Once you’ve matched all the prerequisites, you’re good to go. Here are the top 7 Android 11 ROM for Samsung Galaxy A7

DOT OS custom Android 11 firmware provides users with a unique interface followed by optimum device performance while simultaneously maintaining the balance between performance and batter. Based on Google’s Android Open Source, the DOT OS is aimed primarily at enhancing user experience. The DOT OS is stable, trusted, and free to download for every supported Android 11 device.

After Google’s major upgrades in Android 10, the company was able to rebase those changes in their latest Android 11 custom ROM. The latest Lineage OS 18.1 version comes with dozens of new features that allow for better battery optimization and device performance. Also, it is now possible for a user to run LineageOS on their local PC. Thanks to Google’s Project Treble, the Lineage OS is accessible to even more devices.

To Download LineageOS 18.1 Custom ROM for Samsung Galaxy A7, refer to the following link

Pixel Experience AOSP based Android 11 custom ROM comes equipped with all Google Apps and other goodies such as the launcher, wallpaper, icons, fonts, etc. This Android 11 OS aims to offer and ensure maximum stability, security, and other essential features for the smooth running of a device. With just a handful of preinstalled apps, you can now disable any unwanted application if you want. In addition, the Pixel Experience comes loaded with dozens of exciting features such as

To download the Android 11 in Samsung Galaxy A7, refer to the link below.

Corvus OS Android 11 based custom ROM is rich in features and simultaneously provides thorough stability. Inspired by Dirty Unicorns, the Corvus OS is currently one of the best OS for gamers that offers driver preferences and battery customization. Just like the Pixel experience, the Corvus OS custom ROM provides plenty of features without compromising on the phone’s battery or performance.

To Download the Corvus OS Custom ROM for Samsung Galaxy A7 for your device, refer to the link below.

Just like the rest, Octavi is an AOSP based custom ROM designed for Android 11. This Android 11 Custom ROM focuses primarily on a unique and smooth UI and comes loaded with dozens of exciting features. This OS can be installed on both treble and non-treble phones.

To Download the Octavi OS Custom ROM for Samsung Galaxy A7 for your device, refer to the link below.

The One UI is a software overlay developed by Samsung for its smartphones running on Android 11 and higher. ONE UI is Samsung’s home launcher for its Galaxy Edition smartphones that comes with dozens of features that re-skins the phone’s entire interface. You can get these features on practically any Android device. Also, this custom ROM lets you customize your overall user experience with great ease and creativity.

Features of ONE UI

To Download the ONE UI Custom ROM for Samsung Galaxy A7 for your device, refer to the link below.

This is an after-market firmware based on Android’s Open Source Project and is primarily inspired by Google’s Pixel Experience Framework but with a refined Material Design 2 UI. As a result, the Havoc OS offers a smooth and stable performance all around and comes packed with dozens of unique features for an exceptional user experience.

To Download the Havoc OS Custom ROM for Samsung Galaxy A7 for your device, refer to the link below.

Custom ROMs let you unlock your phone’s additional features, which are generally inaccessible without a custom ROM. Similarly, installing a custom ROM leads to better battery optimization and overall device performance. With several companies launching their unique OS, it can be challenging to know the best Custom ROM for Samsung Galaxy A7. Mentioned above are some of the best Android 11 ROMs for Samsung Galaxy A7.