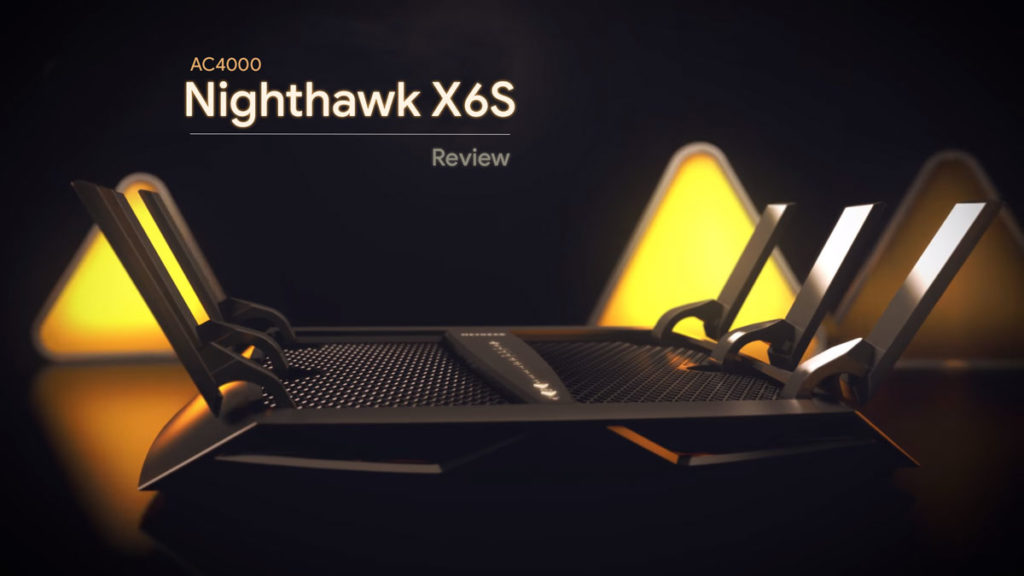 The Netgear AC4000 is a tri-band router that can reach high internet speeds. The router has 2 USB ports and can be controlled through an app. The app also allows you to set parental control for kids.

Smart Features
WIFI Signal
Ease Of Use
Easy To Install

The Netgear Nighthawk X6S AC4000 is an exceptional device that has amazing tri-band coverage with 4Gbps speed. Moreover, with the support from technologies like MU-MIMO and Beamforming along with Dynamic QoS, it works wonderfully even when the load is high.

If you have just opted for a Gigabit plan from any popular ISP such as Cox, Spectrum, Verizon etc. You got to stay on this page and read this article till the end as you know how much we love to test out different routers and modems for you. Hence, as for this review, our guest will be the Netgear Nighthawk X6S AC4000 router. Now, the thing to note here is that if you demand high-speed internet, some ordinary router is not going to provide you with the best experience. This is one of the major reasons why we test routers.

Thus, after using the Nighthawk router and trying to get the most out of it, we have written this Netgear Nighthawk X6S review to show you how good the router is. Keep in mind that this mid-tier router is quite near to reach perfection as it does have a lot to offer. So, we don’t want you to miss out on this amazing deal. Well, surely we found some little flaws that will be discussed as well. So, let’s begin and see what this Netgear Nighthawk R8000P has got for you!

As the history of the Netgear routers is proof that Nighthawk products have always pleased its users with their astonishing specifications and features. The Netgear Nighthawk X6S R8000P seems no exception to that. In fact, for the price that it demands, it leaves the users left with almost no complaints about it.

The Netgear AC4000 delivers a speed of 4Gbps without a fuss, meanwhile distributing the bandwidth across three different channels. That is why it is equipped with a 1.8GHz processor and is compatible with the Nighthawk mobile application to take care of other features.

In this Netgear Nighthawk X6S AC4000 review, we will go through every feature and function of the Netgear R8000P router that might concern you, since it all comes down to your personal preference at the end of the day.

Although all the features of this Netgear Nighthawk AC4000 router are good enough to please most of the readers, we would like to start this Netgear Nighthawk X6S review with the design of it. As you open the box, the very first thing that will ring some bells in your heart is the design of it. This is a beautiful piece of craft that is a little bit bulky for our liking. This R8000P model has dimensions of 2.1 by 11.6 by 8.9 inches which makes it somewhat similar to a book. If you feel like your desk does not have that much space for it to place, Netgear has included the wall-mounting option for you.

There are six antennas present on this router that are not detachable, unfortunately. But, the antennas do open up like wings which adds an amazing old-school charm to it while keeping the modern style elements alive. However, that antenna design will look quite weird if you decide to mount this Netgear AC4000 on a wall. Now, moving to the backside of this router, you can simply locate a single WAN port along with four Gigabit Ethernet ports. Moreover, both the USB 2.0 and 3.0 ports sit beside the Ethernet port. Additionally, there is a power switch and LED lights as usual as you would see on any other router.

We want to inform the readers from this Nighthawk X6S AC4000 review that if you make your mind to spend your bucks in this router, it will not be a bad decision at all since a powerful 1.8 GHz dual-core chipset powers it. That actually makes this router overpowered as it makes it perform as good as any other flagship model from other brands. Netgear knows what users expect from them, and they never fail to disappoint us either. Henceforth, the processing speeds required to make the various technologies work on this router are quite sufficient, and there are almost no signal dropping issues according to our testing.

On the other hand, as far as other features of this Netgear Nighthawk X6S AC4000 router are concerned, it is a tri-band router where the bandwidth distribution is done very smartly by Netgear. The 2.4GHz band has given the privilege to deliver 750Mbps which works quite flawlessly to handle devices like mobile phones and tablets. Since these kinds of devices are not often used for heavy internet usage, assigning a better coverage band for such devices is a wiser decision. Apart from that, there are two 5GHz bands as well that can deliver up to 1625 Mbps speeds. In accordance with the Beamforming+ technology, all the devices supporting 802.11ac Wi-Fi standards will never face any signal dropping issues. We have seen such features on most other mid-range routers as well. But, with such speeds, only Netgear AC4000 seems to be the one suitable for you.

Since there are three channels on this Netgear AC4000 router, it is a better option for those who have multiple internet demanding devices at their homes or office. Usually, when a heavy usage task is going on, an ordinary router can’t cope up and provide the same bandwidth in case some new users get connected to the network and have similar heavy demands. Fortunately, the Nighthawk X6S aka R8000P won’t let you face such situations since the support for MU-MIMO technology is there and it works flawlessly.

We tried to test it out by streaming 4K content on one device while playing some online games on our computer since both the tasks require the lowest latency to provide a good experience to the users and the streaming and gaming experience was excellent. The Netgear Nighthawk R8000P shines as the MU-MIMO technology is there along with the benefit of three channels or bands.

Alongside the MU-MIMO technology, the Dynamic QoS feature on this Nighthawk X6S router makes a huge difference as we compare it to any ordinary router or the ones of its mid-tier league. It comes in extremely handy when there are multiple devices connected to the same network at the same time. So, how does it help the Netgear R8000P router? Well, the answer is pretty simple. Each of the connected devices on a single channel has its own bandwidth demands. Let us suppose we have got two laptops connected on the same channel, and one device is used for streaming content while the other one is being used to handle some normal office tasks.

With the help of Dynamic QoS, the main aim of the technology remains to make sure no connected device gets any kind of interference because of another device. Hence, Dynamic QoS analyzes the demands according to the internet usage of every device. Therefore, the Netgear Nighthawk X6S AC4000 can assign a good enough bandwidth to multiple devices working at the same time so that the quality of service remains to be good for every user.

Most modern routers are turning the tables by including the features that help users operate the routers with more ease. In such a race, you get to see Alexa’s support on most modern routers these days. So, how could we expect Netgear AC4000 to stay behind? Although there are very few usable commands, having a hands-free experience is absolute bliss. It can actually come in handy if you wish to set up Guest Network or for turning on/off the Firewall features, etc. But, to use such features with this router, you will need to purchase the Amazon Echo separately. And, that will add up more to the total bill. So, if you can live without it, you can drop the idea and save yourself some easy money.

Netgear has always taken care of people’s demands. As the times have changed and every kid has a smartphone now. There are certain things on the internet that you would not like your child to watch or access. Henceforth, the smart parental controls of this Netgear Nighthawk R8000P router are going to be much helpful for you. You can manually block any website so that no one could access it until you unblock it manually. On the other hand, the Netgear AC4000 is compatible with the Nighthawk mobile application as well.

From the application, you can monitor how much internet your children are using and also limit the time of usage for them. This way, you can allow them to use the internet for a limited time so that they can understand its importance and use it only for the necessary tasks.

For this Nighthawk X6S AC4000 review, the last thing we would like to discuss with you is the security aspects of it. Since it is one of the most major factors and mostly, it remains under the shade of other fancy features. Well, as per our usage, we can say that it is one of the most amazing routers that we have tested so far. And, it is very much suitable for small to medium-sized households that have multiple devices demanding for the network. In such situations, as the number of devices increases, the risk of threats also increases. But, how the Netgear R8000P handles it is pretty amazing.

It has all the necessary features like in-built VPN, Firewall, etc. to keep your connection safe from accessing malicious websites. In fact, you can set certain keywords to restrict websites. So, if you are the network owner, you will instantly get a notification if someone tries to access some restricted website on your network. Apart from that, with the WPA2 security protocols, you can keep your connection password protected as well to keep the unauthorized uses away.

Other Routers to consider:

Therefore, this was our overall Netgear Nighthawk X6S AC4000 review as we have tried to keep it as simple as possible for you. The Netgear Nighthawk X6S AC4000 is truly an exceptional device that has amazing tri-band coverage with 4Gbps speed. Moreover, with the support from technologies like MU-MIMO and Beamforming along with Dynamic QoS, it works wonderfully even when the load is high. Offering all that under the price of $200 makes it quite an amazing deal if you have heavy internet usage demands and looking for a decent router in the market.

That’s it for this article, in case you have any further queries related to this Netgear R8000P router. Feel free to discuss with us in the comments section below and don’t forget to share your thoughts as well. 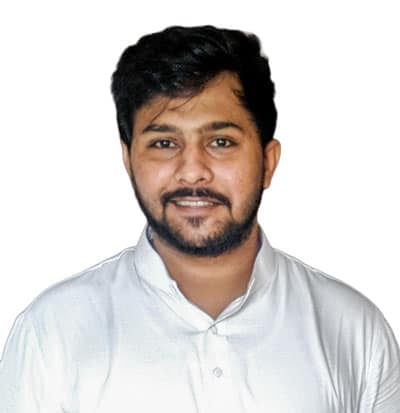