We are now living in an age where high-definition content consumption is just a click of a button. So it is always important that aside from a good service provider, you also need a great performing modem and router for a more stable and reliable internet connection in your home. Fortunately, there are already some products that combined these two functions into one.

The Netgear C7800 can give you just that. Its a Modem Wifi router combo, with features that can rival any 2-in-1 router and cable modem on its price range.

Verdict: We highly recommend Netgear C7800 as it is worth the price. The router was tested in a 2 storey house of about 2500 sq.ft with Comcast 2000 Mbps plan. We were able to get 1.9 Gbps at every corner of the room with zero dead spots; thanks to the C7800’s Beamforming+ technology. All in all its a great purchase.

The Netgear C7800 is a 2-in-1 device that combines the ultra-high-speed DOCSIS 3.1 cable modem, and Nighthawk® X4S Wi-Fi router. Being a 2-1 device, the Netgear Nighthawk X4S AC3200 will save you extra money by not buying and renting a separate router and cable modem. It works as both, which means lesser cables and no more hassle setup.

The Netgear Nighthawk X4S AC3200 can support cable internet plans up to 3.2Gbps for 4K streaming, movie downloading and multiplayer gaming. Coverage is similar to one of the most high-end modem router combo – Arris SURFboard SBG8300 i.e up to 3,000sq. ft., and can connect up to whopping 45 devices. Thanks to DOCSIS 3.1 technology, it can also support up to 10Gbps downstream and up to 1Gbps upstream in the future, making it future-proof.

It also features channel bonding. Usually, internet speed slows down during peak hours. The even older DOCSIS 2.0 cable modem, for example, can only handle single downstream, and upstream channels. So during peak hours, your service provider will have to limit the download and upload speed to a bare minimum per channel to handle network congestion. Let’s say, your 42Mbps maximum speed will be down to just 3-4Mbps during these peak hours.

Router modem combo with DOCSIS 3.0 technology like the Netgear Nighthawk C7000 and Netgear NightHawk C7100V has 24×8 channel bonding. Whereas Netgear C7800 which has DOCSIS 3.1 technology can handle 32 downstream, and 8 upstream channels. Since it has multiple downstream and upstream channels, your internet speed will not throttle down to minimum speed even at peak hours because it can bond all the available speed on all these channels to maintain a fast internet connection. We have explained more about DOCSIS 3.1 in detail below.

As the name suggests, Netgear C7800 Nighthawk® X4S AC3200 is an AC3200 device. Now, there is some confusion about this. The AC3200 moniker is actually a maximum bandwidth you get on one wireless band or frequency.

As mentioned above, the Netgear C7800 is a dual-band Wi-Fi. The first wireless band is 2.4GHz @1000Mbps. It is slower but can have a larger coverage area. The other one is 5Ghz @2200Mbps. Most modern smartphones now support this band. A 5GHz Wi-Fi is a bit faster than 2.4GHz but has a limited coverage area.

The Netgear C7800 also features Beamforming+ technology. Basically, the standard beamformer technology allows the beamformer (router) to transmit radio signals in the direction of the beamformee (client) to create a faster and more reliable wireless internet connection on both 2.4GHz, and 5Ghz Wi-Fi.

Netgear improves this technology with their own Beamforming+ technology. This implements the Beamforming standard with a fine-tuned Wi-Fi design to further improve the Wi-Fi range and performance across all Wi-Fi devices, most especially to the 5GHz band, which as we said, is faster than 2.4GHz but has less coverage area.

Finally, the Netgear C7800 has a 1.5GHz dual-core processor, with 128MB flash storage, and 512MB RAM. Well, that sounds like so ancient. Especially, with smartphones nowadays jumping on board 512GB ROM, and 12GB RAM storage. Wi-Fi routers doesn’t need that much memory to work efficiently.

Since it has a dual-core processor, and enough RAM, the Netgear C7800 supports more devices (up to 45 devices to be exact), and output faster-uninterrupted internet connection when streaming HD contents, and online gaming. A poor router processor can cause lag, despite having a really fast internet connection. The Netgear C7800 doesn’t have this problem. But if you are getting a router for only gaming then we would suggest getting a Tp-Link Archer AX11000 which is a high-end gaming router with 1.8 GHz Quad-Core CPU but with a premium price.

The 1.5GHz dual-core processor on Netgear C7800 is enough to play some normal games and it also has 2x USB 3.0, and 4x Gigabit Ethernet LAN ports.

What is DOCSIS 3.1 Modem Router?

It is extremely important to understand what a DOCSIS 3.1 modem router is. As mentioned above, the Netgear Nighthawk X4S AC3200 is a 2-in-1 device. It works both as a router, and cable modem at the same time. And as such, it needs to support the latest and greatest communication technology to deliver a more reliable connection for every connected IoT.

The DOCSIS 3.1 technology will give that speed and reliability to the Netgear X4S AC3200. DOCSIS stands for Data Over Cable Service Interface Specification. It is currently the international standard used to transfer data over cable TV systems.

The DOCSIS 3.1 features the latest and greatest of digital communication technologies such as LDPC encoding, very high modulation orders, 1GHz and above usable spectrum, and support for QoS and low latency. It is also backward compatible with DOCSIS 3.0.

Note that while DOCSIS 3.1 supported routers and cable modems can give you this same exact features, achieving phenomenal bandwidths will also depend on your network providers.

Overall, Netgear C7800 is a great purchase. It combines both the router and modem for convenience, both in the installation time and money. It also features the newest DOCSIS 3.1, which supports up to 32 downstream, and 8 upstream channels. This means you will not experience speed loss even during the peak hours, thanks to channel bonding technology.

Finally, the 1.5GHz processor with 128MB flash storage and 512GB RAM will give the best Wi-Fi performance both for gaming, and streaming HD contents.

As our regular readers are quite aware that we keep testing different kinds of router every now and then. This time when we were looking for our next pick to review, we had a thought to try out something that’s available for cheap, but do not compromise on the specs and other features. This brings…

CenturyLink has been offering subscribers a monthly rental for their cable modem router combo units. While the monthly rental fees are mostly cheap, it accumulates all throughout the year(s). Let’s say you are paying the average rental fee of $10 per month, in one year you will be paying for $120. And it continues to… 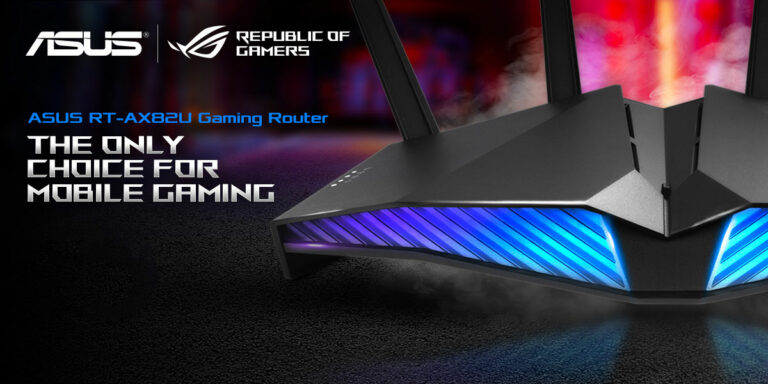 ASUS never fails to deliver industry-leading hardware and software packages whether it’s their wide range of PC hardware, laptops, motherboards or networking products. Today in particular, we are going to break down one of their popular mid-range routers that brings WiFi 6 and high-end networking features to the table, but at a pocket friendly price…

Recently we have been testing and reviewing one of the best cable modems on the market (some people consider it that way), the Netgear CM1000 cable modem. As while reviewing it, we came across a lot of good facts and specs that this modem comes with, but due to the price tag it has, this…