Since the introduction of the first operating system, Microsoft has been at the forefront of innovation leading to market domination in operating systems. The latest Windows 10 OS is a live example of beautiful design and performance paired with wonderful features that allow users to go beyond traditional computing. Periodic updates to fix issues and to improve performance along with a unified approach to multi-device architecture makes it one of the most endearing and popular operating systems of present times. But, is it the last version of Windows?

With technological advances moving to the cloud and new operating systems like Chrome OS and numerous Linux variants that offer unique perspectives in managing user expectations and customizations based on requirements has led Microsoft to build a completely new operating system called Windows Core OS.

Along with advancements and upgrades to Windows 10, Microsoft is also focusing on building the future of operating systems by utilizing new-age technologies like the Cloud, Machine Learning and AI, Seamless Network Connectivity and Upgrades, Multi-Sense support and Form Factor Agility.

The idea and concept behind Windows Core OS truly seem futuristic and considering Microsoft’s release cycle of five years for each of its operating systems, the Core OS should be available for public use by 2020. Keeping in mind the efforts of Microsoft, let’s delve into the article and see how far Windows as an operating system can go and then get more information on Windows Core OS.

Microsoft has undoubtedly been the market leader among operating systems for the last three decades. Even Linux variants backed both by large open source communities like Ubuntu and large corporations like Chrome OS have failed to gain the necessary market to compete with the behemoth named Microsoft. With the advent of Chrome OS, the internet and the users loved the architecture built around the all-cloud performance-oriented operating system but the lack of ecosystem and backward compatibility with existing applications along with lacking support from manufacturers and users led to only minimal adoption across the world.

Ubuntu and other Linux variants found their niche among servers and privacy-oriented geeks and developers who preferred more control over their operating systems, unlike most people. Therefore, Windows although criticized for its numerous faulty releases like Windows 8 still dominated the market. Apple was never a competitor of operating systems as their OS cannot be ported to systems apart from the ones manufactured by Apple and they have bit different use cases.

At a recent event at Computex in Taipei, Microsoft introduced the future of Windows OS while urging manufacturers and developers to build apps on top of Microsoft Windows and the Azure platform for a new range of experiences powered by solutions in IoT and intelligent edge powered ecosystem. Azure is already popular among the major enterprise users to build large scale cloud-based applications.

Some companies and developers use the Azure platform for building applications for nearly all kinds of devices and platforms. Therefore one can find apps that help users create a business website, create mobile apps, run powerful machine learning algorithms and much more on the Azure marketplace. Microsoft realizes that the innovations of the future will require a set of enablers at the operating system and cloud level that will further help manufacturers to build devices that transform the way computers are used by people.

By dividing the operating systems’ core functions into enablers and delighters, the company aims to build functions that are already implemented in the Chrome OS up to some extent. Its primary focus on seamless updates seems logical considering the present way Windows handles its update mechanism. By making the updates seamless, they will run in the background at reliable intervals without interrupting the users.

Also Read: How to Setup Chromecast for Windows 10

Security is built into the OS by separating the state from the underlying operating system. By separating computations from the applications, the OS remains immune to malicious attacks from external services and malicious software without any Antivirus software. Inbuilt 5G and Wifi will make the OS remain connected to the internet at all times ensuring users never face downtime or internet disconnectivity even in the remotest regions of the world.

Interconnectivity among all the devices owned by a user will ensure that all data is shared among devices while remaining connected to the internet to receive updates and upgrades without the user having to interfere with the internal mechanisms. With built-in machine learning and AI modules for the most common tasks, the devices can predict user behavior while ensuring excellent performance for each of the apps running on the device.

When operating systems remain connected to the cloud, numerous operations and features can be served directly to the users without consuming resources on the device by using compute power on the cloud to significantly improve user experience. With Multi-Sense built into the core operating system, all devices and external input devices can quickly connect to the operating system allowing users to interact with their computers not just with pen, tablets and other devices but also through gestures and interactions similar to Google Assistant in your Android.

With the help of Microsoft’s partner ecosystem, Windows as an operating system can gain significant form factor agility by supporting the right sensors and devices along with applications that help provide additional features. Some features like the Your Phone app that allows users to mimic their phone on the laptop are the first steps towards integrating multiple devices with the operating system.

With a renewed focus on IoT, Microsoft has been hard at work to build an ecosystem of developers, software, tools and cloud-based infrastructures to help people across the world utilize IoT devices from a wide range of manufacturers. Through the Azure services, IoT manufacturers can now build large scale computing applications that gather, analyze and provide intelligent solutions through their respective devices to further simplify the user experience.

Numerous companies like Techsun and Advantech have already built programs on top of Windows and the Azure platform to build intelligent and low resource consuming applications for their respective IoT devices thereby setting an example for other organizations. This trend will continue to grow in the future and Microsoft aims to tap into the huge potential by proving the right tools necessary for the ecosystem to thrive.

The next version of Windows effectively named Core OS is everything that Windows as an operating system is not today. It has been in continuous development for years but is still not ready for public use. Most probably it will be ready for use by 2020 considering Microsoft’s release cycle for operating systems. But to understand what Core OS is, we have to understand what the present Windows Operating System is in the first place.

Today Windows is a set of operating systems for multiple devices and platforms that differ significantly from each other both in terms of architecture and design. The attempt of Microsoft to expand Windows 10 to both mobile, tablets and laptops was an attempt at understanding the different aspects of each of the different platforms in relation to the Windows Operating System.

Except for a few features like the UWP for development and OneCore that is present in nearly all the versions, most features are not interchangeable and are not portable among multiple devices. This varied ecosystem poses a challenge for Microsoft as it does for its consumers. Every time a new device is released to the market, developers have to rebuild a new operating system with the necessary features to support the device architecture. Therefore, Core OS is aimed at a simple and perfect solution to all these problems.

Windows Core OS aims to be a modular operating system with only the most necessary features built into the operating system. By excluding all platform-specific code from the core operating system module, Microsoft can enable device manufacturers to create their own respective modules as per their requirements and features offered on their devices. It comes with UWP that is already lightweight and universal by design.

This modular interface helps not only Microsoft but also manufacturers and individual developers to build, test and iterate any new interface or functionality on the Core OS platform that is already built to support applications across devices and platforms. Therefore, developing new features takes days instead of years where device manufacturers have to wait for a new build from Microsoft that supports the features already rolled out by the manufacturers.

The modularity also extends to the interface with the help of C-Shell (Composable Shell) which is another half of the Core OS design. Now Microsoft along with developers can create different shells for different devices and interchange them as required to further apply modularity at an operating system level.

Now imagine a Windows desktop that turns into a regular desktop interface when a mouse and keyboard are connected to it while also having the flexibility to turn into a Game Mode when an Xbox controller is plugged in. Millions of possibilities emerge with modularity in operating systems and only time will tell how the Windows OS will further evolve.

So, you are probably reading this because you just found out about hiberfil.sys, and are confused as to why it is taking too much space on your computer drive. While it’s tempting to delete huge unknown files from your computer, it is always a good idea to know what it is first before completely weeding… 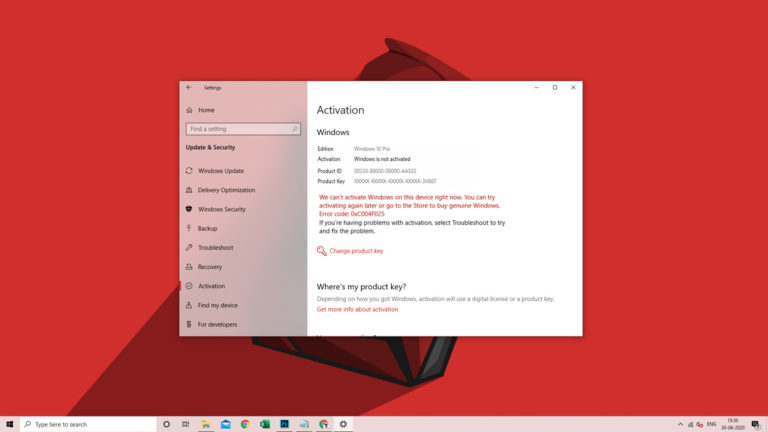 Whenever you build a PC for your office or home-use, you need to freshly install an OS to use it. And, most likely people will choose the Windows 10, for obvious reasons. However, your job is not done just by installing it. To use all the features of it, it needs to be activated as… 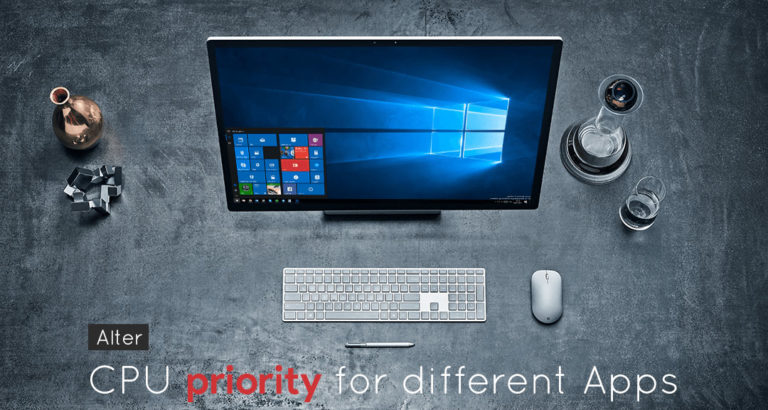 Just like we humans have priorities in our life; the computer system also has its priority system for apps. If you are a Windows user, then you might be aware of Task Manager that allows users to check and find all the running applications in the background. You would only find few of the Applications… 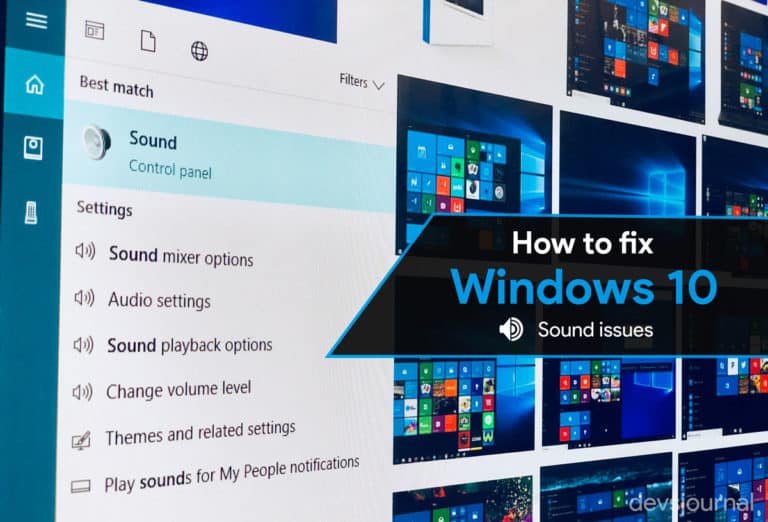 More than 400 million devices are running Windows 10 around the world. The number might have increased now and as people keep on downloading and experimenting with Windows 10, a lot of them have come across a similar recurring problem. The problem is related to sound. A number of users are facing sound not working… 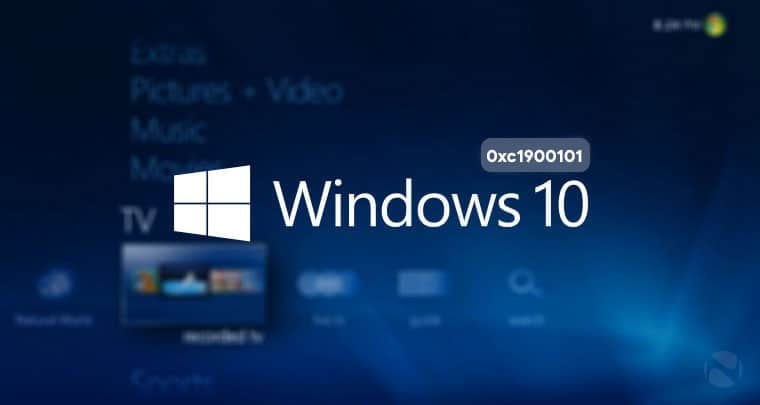 If you are a Windows user who is familiar with the operating system for a long time, then you must know that Windows receives a lot of updates over time. These updates are really useful since they add more features, fix issues, add security patches, and offer much more to the user. But whether you… 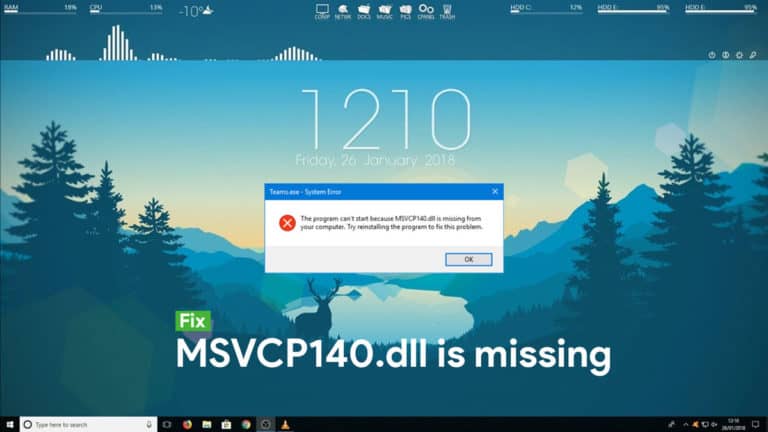 The fact that you have landed on this page, clearly indicates that you are either looking for a way to download the “msvcp140.dll” file or is being irked by the annoying “msvcp140.dll is missing” error. For either of the cases, you are at the right place. This article will discuss in detail every nitty-gritty aspects…