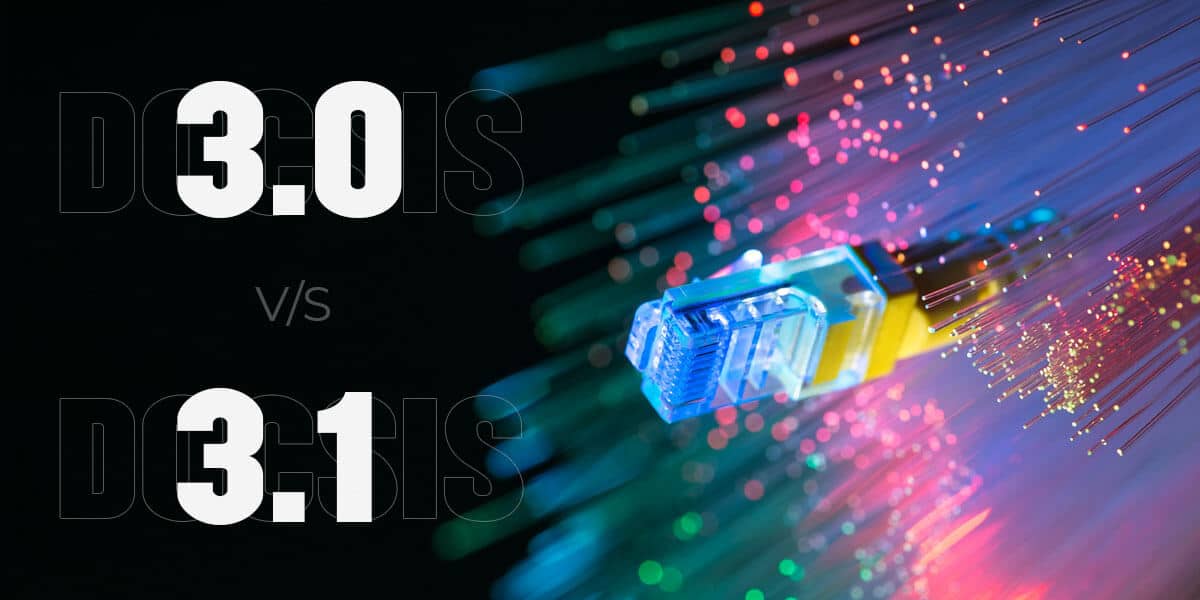 Earlier during the 1990s, the Internet was slowly starting to take off. In order to have Internet connectivity anywhere, people needed to have a telephone modem connected to the computer via the telephone line. This ultimately meant that one couldn’t make a telephone call and be online at the same time. Plus, the slow telephone connection could barely send a photo, let alone a video.

As time passed, the Telecommunications industry studied these difficulties. Their study found that using the cable connected to the television was the solution to this problem. Accordingly, experts worked to develop the hardware and software that resulted in the formation of the “cable modem” and the software modem called “DOCSIS.” All these upgraded pieces of hardware and software were finally released into the market in late 1996; a period popularly referred to as the formative age of the high-speed resolution.

With DOCSIS, you can connect to the Internet using coaxial cables with the help of your Internet Service Provider (ISP).  The DOCSIS protocol allows Internet traffic and data to be transferred over a simple cable line. With time, newer generations of DOCSIS have been released into the market, and with every new version came dozens of new features and added benefits. In this article, we are going to study DOCSIS 3.0 and DOCSIS 3.1. Also, we will be laying down an in-depth comparison chart between the two which can help you fixate on which one to go for.

The DOCSIS 1.0 and 2.0 have been highly successful. With the new DOCSIS 3.0, cable companies are hoping to increase the bandwidth delivered to consumers. DOCSIS 3.0 is the newest specification from CableLabs aimed at increasing both upstream and downstream capacity. Released back in August 2006, the DOCSIS 3.0 is well capable of touching download speeds up to 1.0 Gbps and supports an upload speed of up to 300 Mbps.

Furthermore, the 3.0 is ideal for every internet activity since a DOCSIS 3.0 modem can have a maximum of 32 downstream and eight upstream channels. This makes it perfect for online gaming, streaming, or just casual net surfing.

Not only does DOCSIS 3.0 support the older CMTS architecture along with the new modular architecture, but the 3.0 also comes equipped with features for enhanced security support for iPv6 followed by better diagnostics. Furthermore, with the help of the AES (Advanced Encryption Services), the DOCSIS 3.0 helps deter unauthorized access, theft of services and fights the denial of services.

This new standard also supports the increased IP addressing space of IPv6, followed by features designed explicitly to supporting business services such as the VPN and T-1 circuit emulation. Some other added benefits of using the DOCSIS 3.0 are

With the DOCSIS 3.1, cable operators now offer gigabyte speeds that were previously available only via a fiber network. A DOCSIS 3.1 network can reach speeds up to 10 Gbps, making it almost ten times faster than the DOCSIS 3.0. For decades, older cable networks such as the 3.0 used multiple frequency bands to allow simultaneous transmission of multiple signals through the same coaxial cable. However, the DOCSIS 3.1 comes with an upgraded modulation technique that packs more data bits in one transmission, ultimately allowing more data to reach your home. If both ends of a cable connection support the DOCSIS 3.1, it is possible to achieve a phenomenal bandwidth.

The DOCSIS 3.1 is equipped with the latest digital communication networking technologies such as Low-Density Parity-Check Encoding and very high modulation orders. In addition, it offers more than 1 GHz of usable spectrum leading to a considerable increase in the overall networking speed and data transferring capacity.  The DOCSIS 3.1 makes better use of the existing resources to create a more usable spectrum which in turn can help network operators offer more enhanced and on-demand business services to generate new revenue streams.

The DOCSIS 3.1 is a significant upgrade over the DOCSIS 3.0 and comes with dozens of features. One of the critical features of the DOCSIS 3.1 is that it offers gigabyte speeds which were only possible via fiber networks till now. Also, the upgraded modulation allows for more bits of data to be packed in a single transmission. This means that with DOCSIS 3.1, more data will reach your home faster.

The DOCSIS 3.1 is backward compatible, meaning you can deploy it on today’s HFC network without upgrading your existing plan. Another vital feature of the DOCSIS 3.1 is that it uses the Active Queue Management, which drastically reduces network delay allowing you to enjoy hassle-free Internet from the comfort of your own home. Launched in October of 2013, this technology is bound to last for at least ten years, which makes them future-proof.

Some key added benefits of the DOCSIS 3.1 are

While both technologies offer high-speed network connectivity, some considerable differences between the two separate them based on multiple factors such as

Note: The speeds mentioned in the above table aren’t guaranteed. Multiple factors or interferences can affect the speed of your network, including your Internet Plan, type of connection (wired/wireless), and the overall layout of your house.

Why Choose A DOCSIS 3.0 Router?

If you are happy with speeds ranging in megabytes, then the DOCSIS 3.0 is an ideal choice. A DOCSIS 3.0 modem/router is for those not living in big cities since a 3.0 modem is fully capable of handling speeds below 1 Gbps. Plus, you don’t need to spend any additional money if you’re going for a 3.0 modem/router. It is ideal if you’re into doing usual stuff on the Internet, such as streaming a movie on Netflix or Amazon Prime, checking emails, or watching movies on the web. Despite having a 300 Mbps plan, you will be able to stream a movie in HD with your 3.0 DOCSIS modem.

Some of the best DOCSIS 3.0 modem/router reviewed on Devsjournal:

Why Choose A DOCSIS 3.1 Router?

The DOCSIS 3.1 is a significant update over its predecessor, supporting speeds the Gbps. If you are living in areas wherein you can easily get a gigabyte plan, then the DOCSIS 3.1 is the one for you. The DOCSIS 3.1 is designed explicitly for those who require a higher bandwidth than usual. A 3.1 router is fully backward compatible, meaning that you won’t need to spend any additional money. If your family has over seven people, then having the DOCSIS 3.1 helps in an even and uniform distribution across your household. This means the network signal won’t drop or slow down even when several devices are connected to the router.

Some of the best DOCSIS 3.0 modem/router reviewed on Devsjournal:

Fiber cables are capable of transferring high-frequency cables rather than coaxial cables used in DOCSIS. The DOCSIS 3.1 router/modem carrier frequencies up to 1.2 GHz. In contrast, fiber-optic cables can carry light in a spectrum between 250-300 terahertz. A simple fiber-optic cable offers 10,000 times more usable bandwidth as compared to a coaxial cable.

DOCSIS is prone to interference and noise because of the coaxial cables used. However, fiber optic cables are much less susceptible to the same. The DOCSIS comes out on top when it comes to delivering high-data transfer dates across large distances. Meanwhile, a fiber optic cable is bound by limitation and is tethered to only a particular area at a time.

Although coaxial cables offer better resistance to noise, some noise is still present due to reflections and radio-frequency interference. While the mode of transmission tends to differ in both DOCSIS and fiber, both these cables guide electromagnetic waves and protect them from interference when in transit. This makes the cables signals transmitted by both these cables resistant to beams of light and other such factors. However, a coaxial cable is more prone to radio-frequency leakage, unlike its counterpart.

We hope our article was successfully able to walk you through DOCSIS 3.0, DOCSIS 3.1, and the key differences that separate the two. Both these generations of the DOCSIS standard have significantly expanded the DOCSIS media access control layer to set up a full-duplex communication system between the cable modem and the upstream cable modem termination system (CMTS).

If you are happy with speeds ranging in megabytes, then the DOCSIS 3.0 is an ideal choice. However, if your work requires multiple devices connected to the Internet at once, go for the DOCSIS 3.1 since it offers gigabyte speeds. However, gigabyte plans are readily available as such since the technology is still expanding. So, if you live in such areas where it is not accessible, go with DOCSIS 3.0. It will be much cheaper than a DOCSIS 3.1 device. 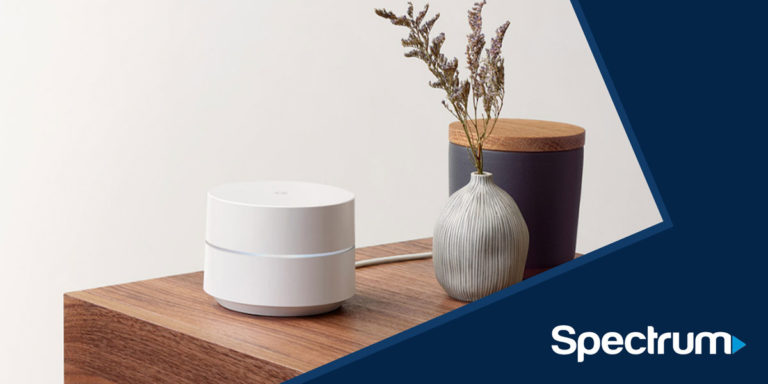 To fully utilize your high-speed internet subscription, you need a router that not only works exceptionally well but also packs lots of future-proof features that makes it suitable for long term use. You also need a router that has not only reliable software but also durable hardware, so you never have problems with failing components,… 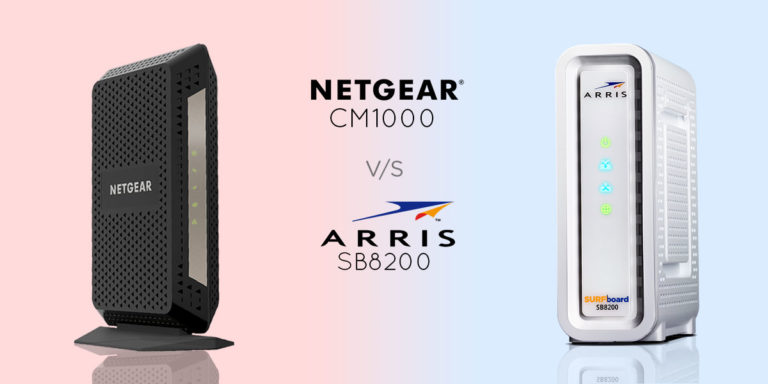 Recently we have been testing and reviewing one of the best cable modems on the market (some people consider it that way), the Netgear CM1000 cable modem. As while reviewing it, we came across a lot of good facts and specs that this modem comes with, but due to the price tag it has, this… 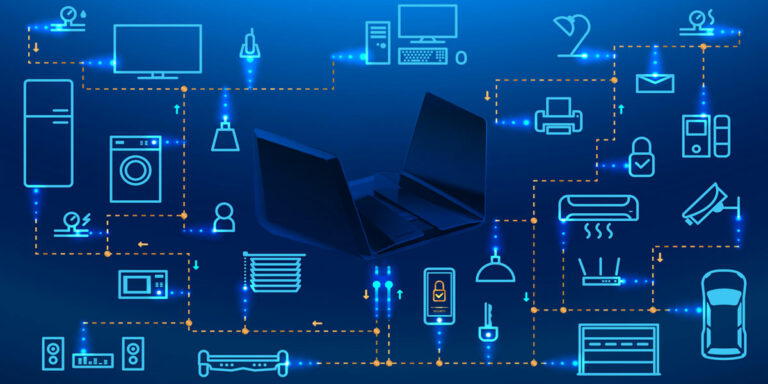 If you’re worried about the increasing number of wireless gadgets in your home, look no further! After reading this in-depth guide to the best WiFi router for multiple devices, you’ll find one that perfectly fits your requirements as well as your budget. We will showcase 7 best products covering all budget levels and giving you…

In case you love to spend your time watching movies or binge-watch web shows. Then, you must enjoy it in the best picture quality as well, such as 4K resolution. So, how can you start to stream 4K content online? Just upgrading the internet plan that delivers Gigabit speeds is not going to work, unless…

We have reviewed a lot of routers on Devsjournal, and as you may notice, their model name usually comes with “AC” followed by numbers. As a common knowledge to everyone, this AC followed with numbers determines the speed of the router you are buying. But is it just a speed? In this article, we will…