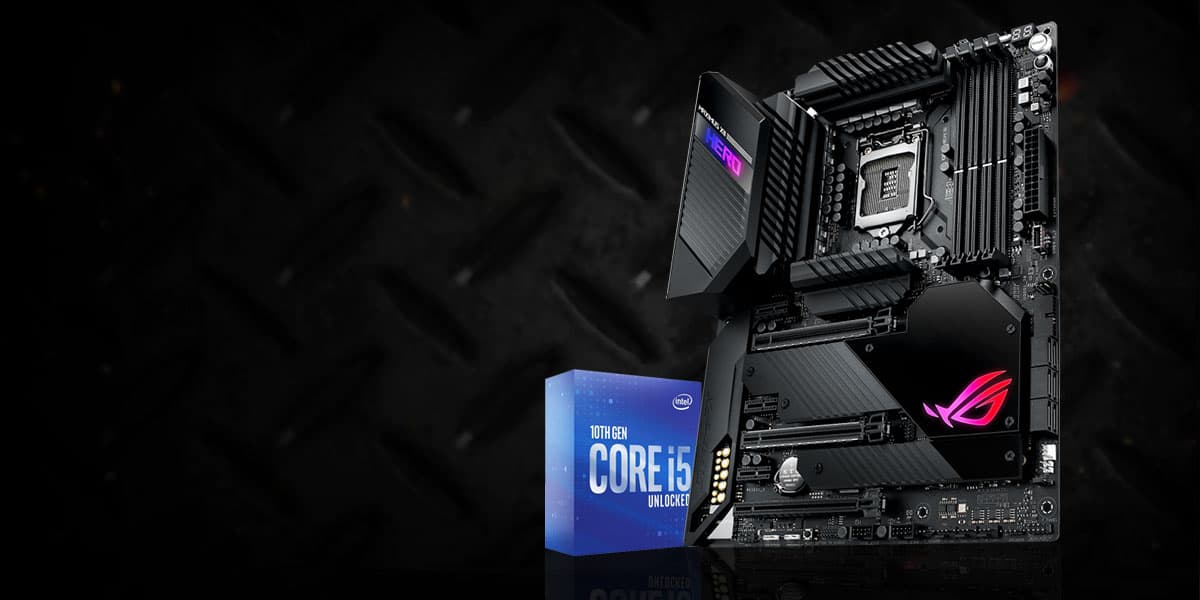 The i5-10600K is a powerful mid-range CPU from Intel’s latest 10th gen Comet Lake line-up. This 6-core/12-thread offering comes unlocked for overclocking, making it a powerhouse for gaming as well as workstation tasks. To get the most out of this CPU; however, you need to pair it with a good Z490 motherboard that supports the new LGA1200 socket.

Today, we will find out what the best motherboard for i5 10600K is and will walk you through the best possible selections covering every price segment be it entry-level, mid-range or high-end systems. Whether you need overclocking potential with your build or are looking for cool RGB lighting motherboards, we will help you find out the best i5 10600K motherboard for your next build. So, let’s dive right into it!

The MPG Z490 Gaming EDGE Wi-Fi is the best motherboard for i5 10600K when it comes to forging a balance between high-end performance and competitive pricing. This mobo sports a powerful Digital PWM to overclock any 10th Intel chip and has a wide variety of tweaking options available through the BIOS. It comes with dual PCIe x4 slots and six SATA connectors along with dual M.2 SSD slots. Like any high-end MSI mobo, it supports DDR4-128GB memory with XMP mode and speeds reaching up to 5000MHz.

You get excellent networking support with Wi-Fi 6 and Realtek 2.5G LAN controller, along with Bluetooth 5.1 support all of which work perfectly out-of-the-box. You also have a USB3.2 Gen2 Type-C port and up to eight USB3.1 Type-A ports, and it’s nice to see a pre-installed shield on the rear I/O panel as well. This board has got plenty of fan/pump headers and Mystic Sync RGB headers although you will find that power/reset buttons are omitted. Coming at such a reasonable price, the MSI MPG Gaming Edge is the best i5 10600K motherboard if you are looking for heavy gaming without paying top dollar for it.

The ASUS Maximus XII Hero is a high-end Z490 motherboard and is designed for extreme performance and enthusiast-class control. Coming with a massive 14-phase VRM, this mobo can deliver some insane overclocking potential and has fairly large heatsinks to keep it cool. The Hero has many advantages over some competitors like 5G LAN, best-in-class SupremeFX audio, rich USB selection and excellent expandability.

This mobo comes loaded with a wide range of connectivity options, and you get triple M.2 and PCIe x16 slots, a 20Gbps Gen2 Type-C port, six SATA3 ports and support for up to 128GB 4800MHz DDR4 memory. ASUS is known to design one of the best BIOS interfaces, and it applies here too with extremely detailed controls for fans, RGB and other system components.

Speaking of RGB, the Maximus Hero has plenty of RGB headers with Aura Sync lighting, and there is a nice onboard RGB implantation as well. If you are looking for a good all-round board with some great looks, the ROG Maximus XII Hero is the best high-end motherboard for i5 10600K.

The MEG Z490 ACE is a flagship offering from MSI for Comet Lake chips. Like many other high-end MSI boards, this has a black-and-gold color scheme with plenty of RGB implementation across the board. This ATX mobo is packed with a 16+1 phase power delivery with beefy heatsinks, as well as three NVMe slots with thermal pads. It also sports a handy POST LED, and an EZ debug LED right next to the DIMM slots. MSI is using the ALC 1220 codec with the ESS Sabre ES9018 DAC, which can power any high-end audio equipment with ease.

As expected from a premium motherboard, the rear I/O comes with a pre-installed shield and sports eight USB ports including a 20Gbps 2×2 USB-C port. You’ll also find the BIOS flash and clear CMOS buttons here. We would have appreciated a 10G LAN though, as we only find 2.5G and 1Gbit Ethernet on this one. Anyone who has used a modern MSI board will know the in-depth OC options that come built into the BIOS. All-in-all, the MEG ACE has plenty of expandability and high-quality hardware that is more than capable of overclocking the i5-10600k.

The ASUS ROG Strix Z490-E Gaming sits around the upper mid-range segment of i5 10600K motherboards, and integrates a boosted 14+2 phase power delivery and optimised cooling design. This mobo has a vast array of OC-friendly features such as passive cooling; POST LED, BIOS flashback and great memory support. The Z490-E Gaming has got some killer looks with its cyberpunk inspired design and a dark color scheme along with stainless steel accents.

This mobo supports Intel Optane memory, and the two M.2 PCIe x4 slots come with heatsinks connected to the chipset heatsink. Upon glancing on the rear I/O panel, you will spot a total of 10 USB ports including 4 USB3.2 Gen2 ports (3A+1C), 2 Gen1 Type-A and 4 USB2.0 ports. ASUS has gone with the premium SupremeFX S1220A Codec which is great news for gamers as well as content creators. Not only this, but they have also included Wi-Fi 6 and 2.5G Ethernet chip for the uninterrupted gaming experience.

If you want the rich connectivity and customisation of ASUS but don’t want to spend all your money into a motherboard, the Strix Z490-E Gaming is the best Intel i5 motherboard for you.

The MSI MPG Gaming Carbon is a gaming-centric midrange Z490 motherboard and comes with easy installation and everything you need from a mobo at this price. It is not the cheapest of the bunch but has some much-needed enhancements to make the pricing competitive. Firstly, the Enhanced Power Design allows for extra overclocking headroom along with comprehensive control in the BIOS settings. MSI also did a good job packing Lightning 20Gbps USB-C port, Wi-Fi 6 and 2.5GbE LAN on this one.

Being a part of the ‘Carbon’ line up, it has got some killer aesthetics with carbon fibre accents over the VRM and M.2 Frozr heatsinks and comes with some nice Mystic Sync RGB support as well. It also supports DDR4 Boost and Twin Turbo M.2 slots to maximise the gaming performance. You also get metal reinforcement on two of the three PCIe x16 slots along with a 6-layer PCB for extra durability. The Gaming Carbon is well suited for upcoming Rocket Lake chips as well, which makes it a very sensible option for gamers out there.

The Vision series from Gigabyte is designed to deliver creator-focused motherboards with the emphasis on durability, performance and aesthetics. The Z490 Vision G has got some unique looks and sports a gorgeous black-themed PCB with metallic-silver accents and large white heatsinks. It features a 12+1 phase VRM design with a direct touch heat pipe for better cooling, as well as a nice implementation of PCIe and USB connectivity. You get six SATA ports and two M.2 slots with thermal guards to keep them from becoming hot.

The Vision G is the best i5 10600K motherboard in terms of RGB implementation and comes with multiple LED strips surrounding the board as well as additional addressable RGB Fusion headers. The rear panel is home to a total of 10 USB ports similar to the Strix Z490-E, and it’s nice to see a pre-installed I/O shield as well.

The Vision G is the more entry-level proposition among the premium Gigabyte motherboards and lacks AX Wi-Fi 6 and Bluetooth. If that’s something you can live with, this might be just the perfect mobo for you.

Last but not least, the ASUS Prime Z490-A is an affordable Z490 motherboard for 10th gen chips with a focus on robust entry-level gaming builds. This has a more premium feature-set for a ‘Prime’ series mobo and comes with dual M.2 slots with thermal guards, high-quality audio, 2.5G LAN and Thunderbolt 3 support. It has got an amazing VRM for the price with a 12+2 DrMOS power design and large silver-grey heatsinks.

This mobo has got some decent RGB support as well, with LEDs covering the rear I/O shroud and chipset heatsink. The two primary PCIe slots can support x16/x0 or x8/x8 multi-GPU configurations; however, the third PCIe x16 slot is limited to x4 speeds. You don’t get Wi-Fi out-of-the-box, but there is support for an M.2 Key-E header for wireless connectivity. The rear I/O comes shielded and sports a USB-C port along with seven other Type-A ports.

With the consistency and customizability of ASUS boards, this is a perfect option if you intend to leave it at stock setups. You will need some good AIO cooling to push your CPU with overclocking, but that’s the slightest of our worries given such low price.

So, that was it from our side for the best motherboard for i5 10600K. Before buying a motherboard, you should not only check for compatibility with your CPU but also the feature list that it offers. The Core i5-10600K is an extremely attractive chip for demanding gamers and will be able to handle even next-gen titles down the line.

The best part is that you don’t need the most expensive Z490 mobo to achieve that. Even the more entry-level offerings come with solid VRMs to handle any OECDs 10th gen chip, and we have included plenty of value-for-money products in our list as well.

Have you decided which one to go for yet? Or maybe you’ve already finished building your PC with the i5-10600K. Let us know which one is your favorite motherboard in the comments below! 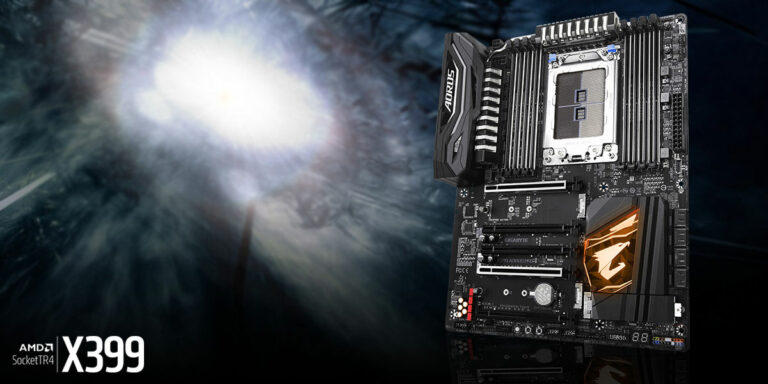 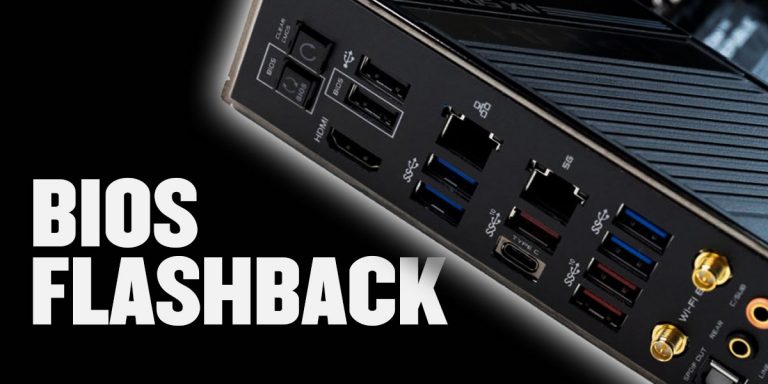 We often come across the words BIOS or BIOS Flashback. These words are generally associated with the motherboards we have in our system. But not many of us know what they actually mean. However, if you are one of them, then we have you covered. In this article, we will be discussing everything you need… 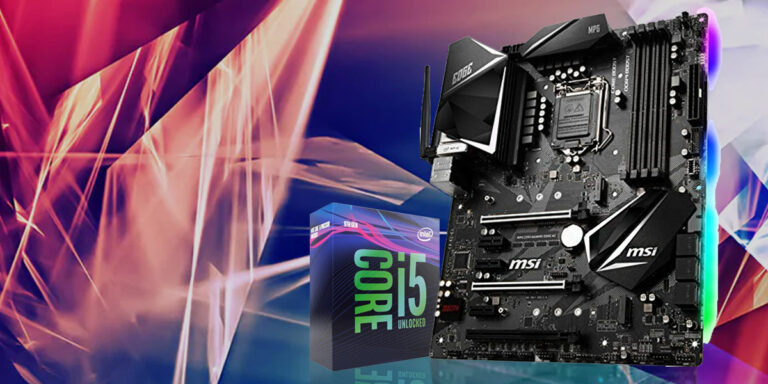 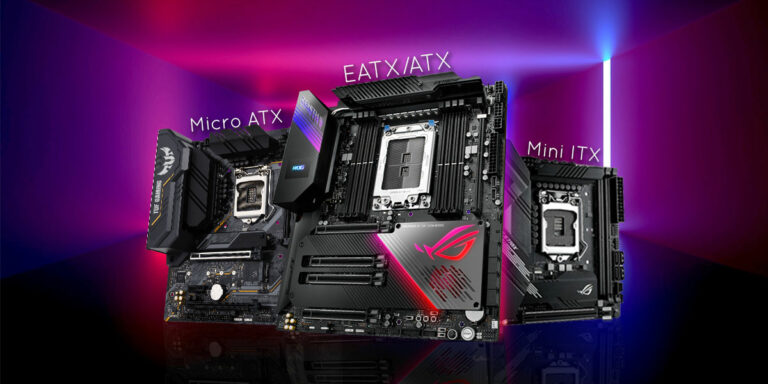