With Nvidia’s RTX 3000 series graphics cards just announced, there had been no better time for building an affordable PC that can crunch some serious FPS. For sub-$1000 PC builds, the Ryzen 5 2600 is arguably the most budget-friendly and powerful Zen-2 CPU, with an unlocked multiplier.

When your CPU is that much powerful, make sure that you’re pairing it with an equally capable motherboard. In this guide, we’ll collect the best motherboards for Ryzen 5 2600 — covering their features, pros/cons and our unbiased reviews. Let’s now check out what options you have.

Powered by AMD Ryzen processors, the MSI B450 GAMING PRO CARBON MAX WIFI is inspired from supercars. With its unique carbon fibre look and feel, this motherboard has been tuned for speed with Core Boost, DDR4 Boost, dual M.2 slots, and Wi-Fi AC. Light up the night with Mystic Light RGB, supporting dazzling arrays of spectrum and light effects.

Apart from supporting 1st, 2nd and 3rd Gen AMD Ryzen CPUs with Radeon Vega graphics, there are other features that make MSI B450 GAMING PRO CARBON MAX WIFI a unique and well-suited motherboard for Ryzen 5 2600. For example, the motherboard supports up to DDR4 4133 MHz OC memory, coupled with USB 3.2 Gen2 connectivity and customisable BIOS, offering better performance for prosumers.

For gaming enthusiasts, the MSI gaming motherboard also supports AMD Crossfire with multi-GPU functions and armoured PCIe slots. With low latency bandwidth and AMD Turbo M.2 Shield, this motherboard indeed offers you an edge over your competitors. And that’s what convinced us for keeping this MSI motherboard on the top of our recommendations.

When we’re talking about gaming, we couldn’t keep aside Asus’ ROG lineup of motherboards. The ROG Strix B450-F gaming motherboard is all you need for delivering superior performance from your Ryzen 5 2600. For next-gen connectivity, you’re getting USB 3.1 Gen2, dual M.2 with NVMe support and PCIe Gen4 interface for comforting your graphics demands.

The motherboard also boasts innovative cooling solutions, keeping your system at optimum temperature while playing the latest AAA titles. And if you’re into full PCMR and concerned about overclocking features, this motherboard is equipped with powerful VRMs, that can juice up even the most power-hungry processors on their overclocking limits.

Gaming enthusiasts rejoice! The motherboard features Aura Sync RGB headers that offer stunning RGB vibes on your system. Surely, this motherboard is more than enough for the Ryzen 5 2600. It matches the high power demand, offers low latency PCIe interface and extreme bandwidth for all your peripherals. And everything without breaking your bank.

MSI has once again occupied our third recommendations with their B450 Tomahawk Max motherboard. MSI is known for its price-to-performance ratio, offering quality hardware at the lowest prices. This allowed them to carve their niche into the industry. If you’re looking for an affordable, yet high-performing motherboard, we advice you going with this model.

On the feature-front, these boards offer plenty of expansion options with its ATX form-factor and five expansion slots for PCIe peripherals. The board features important upgradable features with dual M.2 slots and dual-channel system memory up to 4133 (OC) MHz. Additionally, the board consists of 5 fan headers with onboard customisable PWM controllers.

The patented 8 channel HD audio is powered by Japanese capacitors, offering an immersive experience in content consumption and gaming. The stunning PCB design, silver accents and onboard RGB shows MSI’s attention towards quality components. The TOMAHAWK MAX indeed performs like furious beasts, and for midrange gaming, there couldn’t be any better option.

Gigabyte motherboards don’t need any introduction in the PC industry. This brand has released some of the most powerful, yet affordable motherboards. When it comes to price-to-performance and future expansion, there’s hardly any brand that comes close. With the B450 Aorus Pro WiFi Motherboard, Gigabyte has continued its legacy, satisfying millions of customers.

For the AMD Ryzen 5 2600, this motherboard is an absolute beast, offering 8+3 VRM distribution and plenty of expansion options. This can quickly overclock your CPU without worrying about overheating and thermal throttling. Although the power phases doesn’t feature beafy heatsinks, the VCore area boasts enough heatsinks for dissipating heat.

The highlight of this motherboard is its impressive expansion options with support for 1st/2nd Gen Ryzen/Athlon processors, 3600 MHz memory, PCIe Gen3 and dual NVMe M.2 slots. Overall, the motherboard is very affordable and the perfect choice for anyone who’s looking for an excellent, reliable and capable motherboard for Ryzen 5 2600.

Here’s another model from Gigabyte that has caught our attention. The B450 Aorus M deserves its place on our enlistment. It’s quite similar to the last model but brings more features on the table. The form-factor, being Micro ATX, allows compact PC builds. However, you won’t miss M.2 expansion, as the motherboard offers fast NVMe with shielding.

Don’t get fooled by the Micro ATX design. With dual PCIe 16x and one PCIe 1x slot, there are features that you can upgrade down the road. Additionally, it offers RGB fusion with digital LED headers. On the forefront, it supports 1st/2nd Gen of Ryzen/Athlon processors, with USB 3.1 Gen2 connectivity over Type-A and Type-C interface.

Although the motherboard lacks onboard WiFi and Bluetooth, you won’t notice until you have wired LAN over the 2.5 Gbps Ethernet. It’s certainly an upgrade over the previous model with reduced size, VRM armour, inbuilt I/O shield, and improved heatsink. If you’re looking for an affordable, compact and feature-rich motherboard, this Gigabyte model is the obvious choice.

We always have been huge fans of the Asus Prime lineup of motherboards and its great performance at value prices. They might not feature the flashiest design, but their potential had been consistent and reliable. The release of B450 chipsets, the Prime lineup, offered decent performance with the brand recognition of Asus.

As the B450 chipset is slightly trimmed down from the X470, there are not that many features worth talking about. The capabilities of AMD 2nd Generation Zen architecture is everything that keeps the Prime Plus through it’s paces. But when, someone is looking for value motherboards at sub-$150 price-point, we cannot hold ourselves from recommending this model.

Spec-wise, the motherboard supports 1st/2nd Gen Ryzen/Athlon processors with onboard Radeon Vega graphics. With NVMe support and USB 3.1 Gen2 connectivity, there’s hardly anything complaining about. Stepping up from its predecessor, the motherboard offers Asus’ Fan Xpert and GPU temperature sensing for cooler optimised and silent productivity, and gaming as well.

MSI has gone one step further with its B450 Gaming Plus Max motherboard. The full-fledged ATX form-factor offer plenty of expansion options with support for 1st, 2nd and 3rd Gen AMD Ryzen CPUs with onboard Radeon Vega graphics. There are other features that makes this motherboard unique and well-suited for the powerful AMD Ryzen 5 2600.

For example, the motherboard supports upto DDR4 4133 MHz OC memory, coupled with USB 3.2 Gen2 connectivity and customisable BIOS, offering better performance for prosumers. The AMD Turbo M.2 Shield indeed offers you an edge over your competitors. And that’s what convinced us for keeping this MSI motherboard on the top of our recommendations.

The trademark theme of MSI had always been red & black, which has continued through the veins of this model. Build for gamers, the onboard RGB headers comfort the design aesthetics of your build. On the other hand, the heatsinks feature jet-black metallic sheen. Neither the B450 Gaming Plus Max misses out on RGB with inbuilt dual 5050 RGB controllers.

How to Choose the Best Motherboard for RYZEN 5 2600

Although X570 motherboards are top-notch right now, we recommend going with motherboards that feature B450 chipsets. Being the worthy successor to the B350, the B450 offers better performance, while staying within budget. And spec-wise, X570 would be overkill for the mid-range Ryzen 5 2600.

Recommended: EATX vs ATX vs Micro ATX vs Mini ITX – Which one to Choose

The chosen motherboard should at least support 64 GB of DDR4 memory. While 32 GB seems enough for gamers, it’s not enough for content creation, multitasking and 3D modelling. Bottom line, if your concerns are only gaming, 32 Gigs is plenty, but content creators should look for at least 64 Gigs.

On the other hand, AMD processors love faster RAM. Almost every motherboard nowadays supports upto 2400 MHz, but few models can overclock the system memory upto 4133 MHz. If you’re comfortable with overclocking, and can provide sufficient cooling, you can extract the best possible performance.

In the fascination of high-performing processors, graphics cards and system memory, people unknowingly ignore build quality. For long-term operations, onboard components like the PCB, VRMs, heatsinks and the expansion slots should be durable enough and made with tough materials.

Design and component placement affects the performance of your system. And one of the essential roles is played by beefy heatsinks on the VRMs and M.2 expansion slots. Modern motherboard design allows maximum airflow while offering multiple fan headers for PWM fans and AIO coolers.

Motherboard are indeed crucial components of any PC build. When your daily performer is the AMD Ryzen 5 2600, you must pick the motherboard that unleashes the true potential of your CPU. While the X570 is certainly overkill, the B450 offer the perfect blend of performance and affordability.

All models across different brands perform amazingly, and design-wise, they look stunning. Future-proof your system with the best AMD Ryzen 5 2600 motherboards that can serve you in the long run. Chosen your favourite motherboard out of our bunch? Let us know in the comments section.

So , this marks the end for our guide. Catch you guys in the next one. Peace. 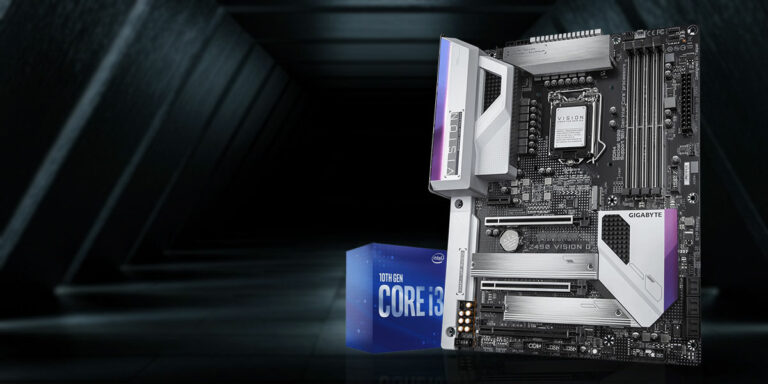 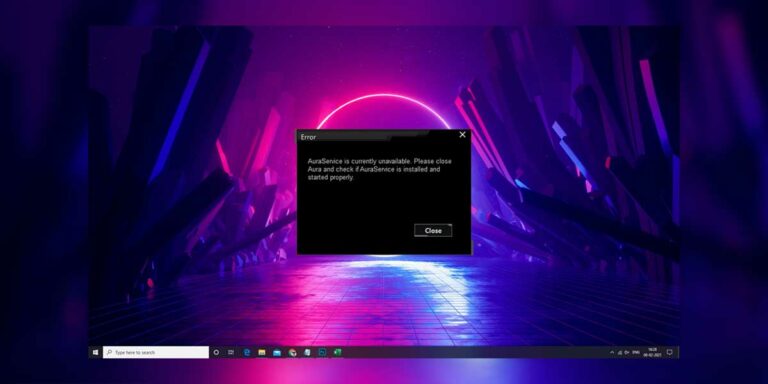 ASUS Aura Sync is one of the most polished RGB software for computers and gaming peripherals. The Aura RGB Lighting works seamlessly across a host of compatible gear including motherboards, keyboards, mice, AIO coolers, RAMs, GPUs and other accessories. However, even with the vast customizability options and refined software features, the application doesn’t come without… 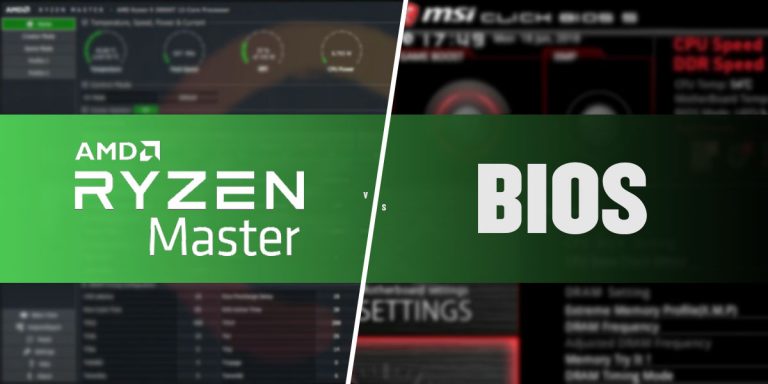 If you are looking to overclock when gaming, then inspecting the Ryzen Master vs BIOS comparison is an excellent way of determining which one’s best suited for you. For those who haven’t heard it before, overclocking is nothing but pushing your system to the limit to make its electronics perform better than what it says… 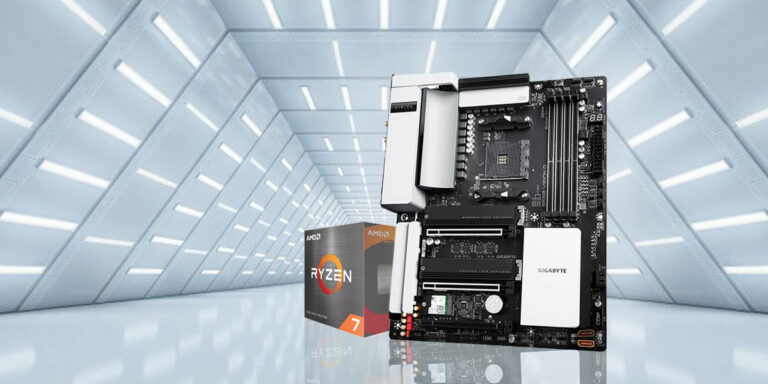