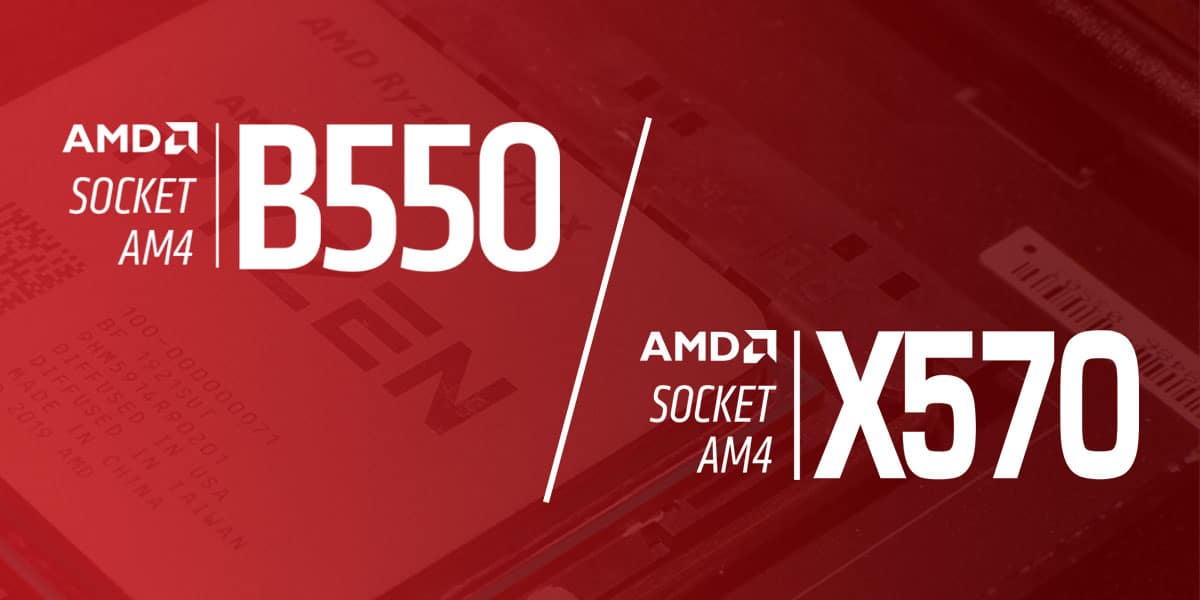 Long ago, AMD was a second-source supplier for Intel but soon started developing CPUs in-house and came up with some major innovations of its own. It wasn’t until 1974 when AMD came out with its first-ever CPU, the AM9080, which was just a cloned version of Intel’s 8080. When Intel came out with its first microprocessor, it became the leading supplier of computer peripherals. But years later, AMD and Intel both came to an agreement that had AMD manufacturing Intel developed CPUs as a second source.

While AMD agreed to all this initially, it also started investing heavily in R&D to come out with their chips to outperform Intel. Over the years, IoT (Internet Of Things) has completely changed the face of the business industry. As a result, the demand for IoT-based applications grows rapidly by the minute. And to meet these demands, the world is in constant need of high-speed processors that can suffice these technological advancements. Though Intel is one of the major players in the market, AMD too has its unique chipsets that have kept it in competition with Intel all these years.

In response to Intel’s Core processors, AMD launched its own Ryzen series, which turned out to be a major breakthrough for the company. It also released chipsets to pair alongside a Ryzen processor. However, selecting the right chipset that will comply with your processor is tough. With the B550 and X570 going strong, choosing between the two is a tedious task. Therefore, in this article, we will walk you through each and every detail about the B550 and X570 chipset. In addition, we will also lay down the key differentiation points that separate the two.

B550 was the first motherboard to be launched at a time when AM4 is starting to become the end of life with regards to the 5-year support promised back in 2016. Following a year plagued by non-stop delays, AMD finally released the B550 chipset back in 2020. AMD’s B550 sports a significant upgrade over the B550-A. Equipped with tons of features, the AMD B550 is perfect for power users who enjoy flexibility, overclocking, and PCIe 4.0 connectivity for NVMe storage and integrated graphics.

Unlike the B550A, the B550 features PCIe 4.0 (check the difference between PCIe 1.0 Vs 2.0 Vs 3.0 Vs 4.0 Vs 5.0), which is twice as fast as the PCIe 3.0, allowing a data transfer rate of 16 GT/s. In addition, this latest iteration of mainstream AMD processors offers full compatibility to AMD Zen 3 CPUs. While the B550 may not have undergone a vast technological advancement over the B450, the AMD B550 is currently the best budget chipset available in the market. Apart from the PCIe 4.0 support, the AMD B550 chipset also features additional upgrades such as NVMe drives, increase USB x3.0 ports, faster LAN, enhanced VRMs, advanced PCB, and WLAN adapters.

AMD’s X570 chipset marks the deployment of the technology that was first displayed on Epoch. With the rising shift towards PCIe 4.0, the majority of the modern-day motherboards come equipped with AMD X570 chipset. And the x570 marks the first AMD consumer motherboard to feature the native PCIe 4.0. The X570 is a significant upgrade over AMD’s earlier B550 chipset and comes loaded with features such as PCIe 4.0, faster USB ports, and a higher power draw as compared to previous generations.

The X570 is designed explicitly for gamers, streamers, and creators who are in dire need of that current-edge performance, followed by enhanced connectivity. What makes the AMD X570 unique is its architecture since it is the first Ryzen chipset manufactured and designed in-house by AMD. The AMD x570 also comes equipped with added support to USB 3.1 Gen 2.

This is another factor on which the two AMD chipsets can be differentiated upon. The x570 supports dual PCIe 4.0 compatible M.2 slots. While the B550 supports dual PCIe 4.0, only one of those slots is compatible with M.2. Similarly, the X570 sports 16 PCIe 4.0 lanes. On the contrary, the PCIe 4.0 connectivity for B550 is relatively limited. The AMD x570 Chipset marks the first AMD consumer motherboard to feature the native PCIe 4.0.

As mentioned earlier, the X570 marks AMD’s first consumer motherboard to feature the native PCIe 4.0. Similarly, it features additional PCIe 4.0 lanes that allow for faster connectivity. On the other hand, the connectivity options for the AMD B550 are fairly limited, but the connectivity for B550 is surely a step up from AMD’s earlier B450 chipset.

AMD’s B550 and X570 chipset feature state-of-the-art architecture with only minor differences separating the two. AMD’s X570 chipset comes equipped with more Voltage Regulator Modules (VRMs) that deliver efficient power to every computer peripheral when required. This makes the X570 comparatively better than the B550 in terms of overlocking and performance. With more VRMs, you can overclock powerful AMD processors such as the Ryzen 9 using the X570 chipset while maintaining stable system performance.

X570 motherboards are the more premium option and offer more features than B550 making them significantly more expensive.

As we mentioned earlier, the AMD B550 chipset sports significant upgrades over AMD’s earlier B450 chipset in terms of PCIe support, better VRMs, and future-proofing at a considerable price. If you’re on a tight budget and want something concrete below $200, then the B550 chipset is a great alternative to AMD’s X570 chipset. This chipset, when paired with Ryzen 5 and 7 series processors, tends to give out the best performances. While the PCIe 4.0 support may be limited, there is at least 1 PCIe 4.0 M.2 slot and faster USB 3.0 slots for added connectivity.

AMD’s x570 marks the first AMD consumer motherboard to feature the native PCIe 4.0. The X570 is a significant upgrade over AMD’s earlier B550 chipset and comes loaded with features such as PCIe 4.0, faster USB ports, and a higher power draw as compared to previous generations. This top-of-the-line chipset features better VRMs, extensive PCIe 4.0 support, and several additional features as compared to the B550. The higher core count and extensive VRM support will let you overclock even the strongest AMD processors, such as the Ryzen 9, with added stability.

We hope our article successfully walked you through AMD’s B550 and X570 Chipset and everything that separates the two. Both AMD chipsets offer top-of-the-line performance with almost similar specifications. However, pairing the chipset with the processor is vital for stable and efficient performance. The B550 and X570 are equipped with the right features, such as the PCIe 4.0 and future-proofing. All these factors make both these chipsets a worthy investment for your PC, especially if you are looking to upgrade to the next generation AMD Zen 3 processors soon. 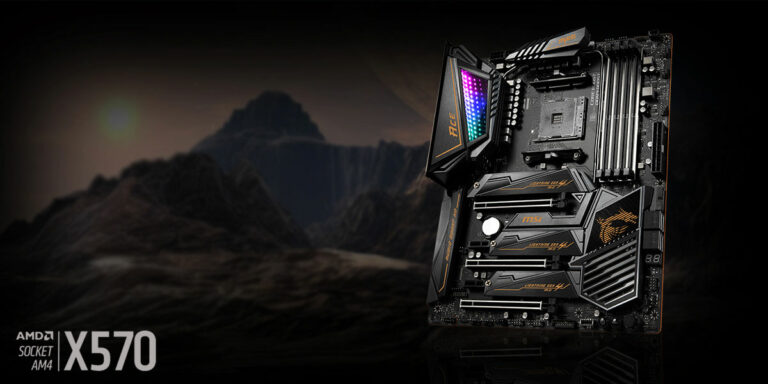 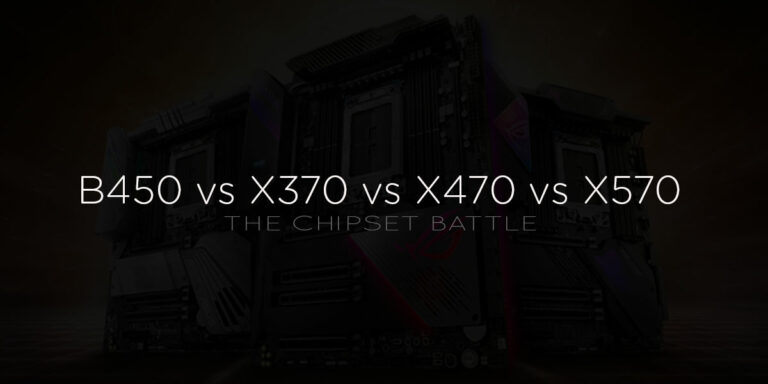 AMD’s Ryzen and the AM4 socket has been out for quite a while now and is established as a dominant platform in the PC industry. There are a lot of AM4 socket chipsets available right now which make it difficult for a newcomer to choose the best one. Among the different chipsets for AM4, today… 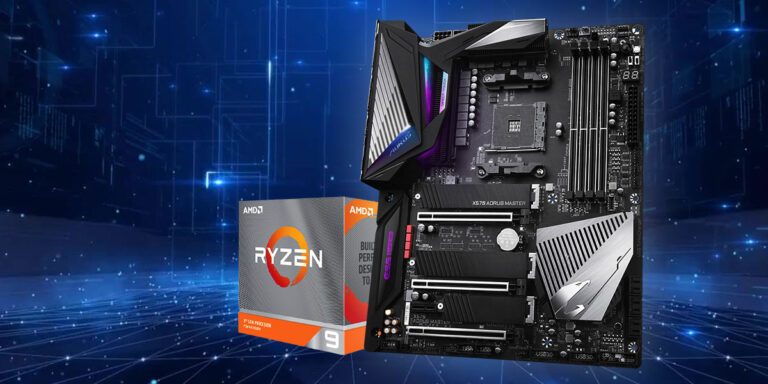 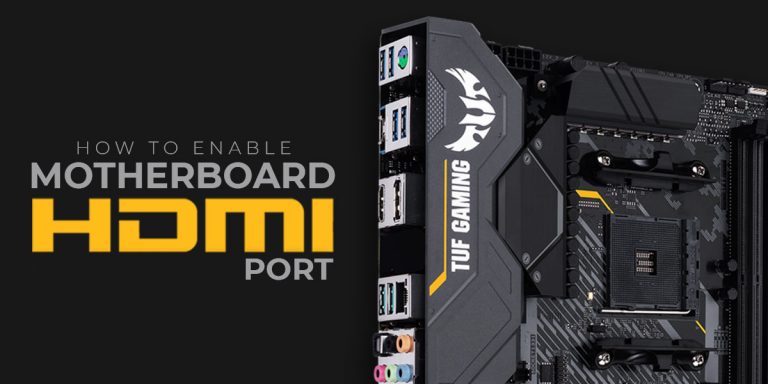 If you’ve casually glanced at the back of your computer (CPU), you’ll see that there are a lot of ports residing there. All these motherboard ports are explicitly designed to perform a single designated task. One such is the HDMI port. The HDMI port on your motherboard automatically gets disabled if you’re using a graphic…