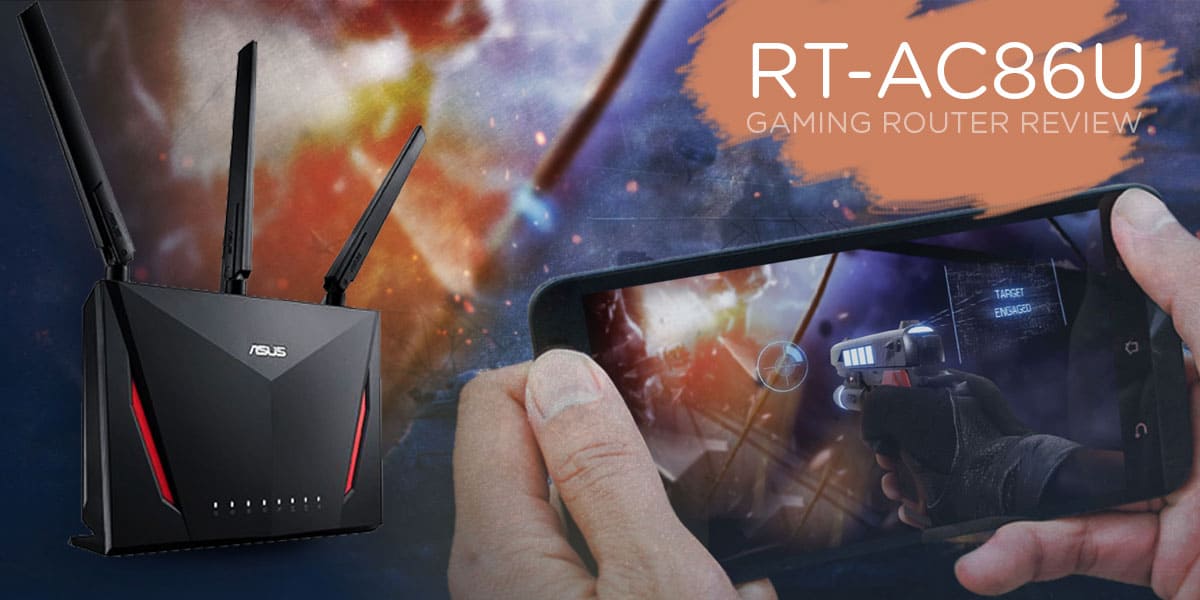 The Asus RT-AC86U AC2900 router is just a dual-band router that is ready to beat down some of the other flagships in the market with its whopping 2.9Gbps AC Wi-Fi speeds, that all is available for very reasonable and affordable pricing.
Wifi Range
High Speed
Gaming Features
Value for Money

The Asus RT-AC86U AC2900 router is one of the most affordable router that offers 2.9Gbps speed with up to 5000 sq.ft coverage. It is equipped with 1.8GHz 64bit Dual-Core processor which suffices all your gaming and streaming needs. At this price, the Asus RT-AC86U AC2900 can be easily compared with other flagships in the market.

Don’t you think that everyone deserves to have a router with amazing speed and coverage, especially in this early era where most of our work is dependent on the Internet? If yes, then finding a good quality router for a lower price must have been a hard task for you till now, but not anymore. As you know we keep finding solutions for our readers to make their lives a little easier with little help from our side. We have come across a much affordable deal this time, or say a mid-segment router that is solely meant for the gamers and is ready to deliver some flagship-like coverage and bandwidth to the users.

We are talking about the Asus AC2900 dual-band Wi-Fi router (RT-AC86U) that has been in the highlights for quite a while now and we are glad that we got the chance to get our hands on one of these. This is the second Asus router we are reviewing after the big brother Asus RT-AC88U (AC3100) and surprisingly it gets a tough competition from RT-AC86U in terms of processor and the price. That said, we have spent some time testing out this router and have some really good thoughts about it to share with you all. Therefore, we are writing this Asus RT-AC86U review so that you can know about all of its interesting features and real-life performance. So, without making you wait any further, let’s directly take you to the spec sheet and discuss the rest.

Apart from the spec sheet that you just saw, there is much more interesting about the Asus RT-AC86U AC2900 router that would please you even more and persuade you to get one. We have been testing this Asus AC2900 dual-band Wi-Fi router (RT-AC86U) for quite a while now. Thus, we believe we have collected enough details and important information to include in this RT-AC86U Asus AC2900 review for you all.

So, without further ado, let’s quickly check out what else this router has got to offer and what are the interesting features it boasts this time. As we have also tested some of the best AC2900 routers before, our expectations were slightly higher this time. And, we must say, we are pretty much satisfied with the results and performance.

If you are familiar with the design of Asus gaming laptops, the Asus RT-AC86U AC2900 router exactly looks like one and is totally built like a tank. On the top of the shell, you can see the triangular crafting which gives it a more aggressive look, exactly what a gamer looks out for. In addition to that, if you look closely, the red accents on the top blend in very well with the design and gives it a more futuristic and modern look. That said, you might think it would be heavy like a brick? No! It weighs just under a kilogram, and that was quite surprising for us too.

Depending on your preference, you can either lay it down like a standard router or make it stand as both options are available. But, you can’t mount it on a wall, but that’s totally a personal preference, so we don’t think of it as a major issue. Coming over to the antennas, you can see 3 antennas up top which can bend in whichever direction you wish. Moreover, if we move to the backside, a good collection of I/O ports is given to serve all your needs. It includes a USB 3.1 Gen 1 port, a USB 2.0 Port, and 4 Gigabit Ethernet Port for LAN connections.

Gamers who mostly spend their time in front of their PC rigs won’t care much about the Wireless speeds and coverage as the Ethernet ports are good enough for them. However, mobile gaming is also making its place in the industry, which does rely on Wireless connections. Hence, if you are that sort of a gamer, nothing to worry about as this dual-band Asus RT-AC86U AC2900 router offers you Wi-Fi coverage up to 5000 sq.ft which is good enough even for large homes.

Well, all that is possible because of the AiRadar Beamforming and Range Boost technology that it uses to target the signals directly to the connected devices and make the signals reach every corner equally in your entire home. That said, if you compare the router with other standard ones, it is quite interesting to know that this provides almost 120% better performance in terms of coverage.

Compared to previous-generation models, Asus has learned to fix things well and offers you a total powerhouse this time. Since it is powered by a 1.8GHz 64bit Dual-Core processor like the Netgear Nighthawk X6S AC4000, it is much capable of handling multiple devices at the same time and offers better and stronger signal strength to each connected device. With the latest Range Boost and NitroQAM technologies, the speeds on both the 2.4GHz and 5GHz bands have improved and got 1.25x times faster than before. The story doesn’t end here, it also boasts the latest 4×4 MU-MIMO technology to serve multiple connected devices at the same time with equal service.

If you are concerned about the USB transfer rates, it has also been drastically improved and offers data transfer speeds up to 110Mbps. It is great for those who love to share files over the network or centralize a hard drive to access from anywhere at home. Also, the WAN-LAN throughput now touches speeds up to 1600Mbps which is by far the best we have tested under this price bracket, so, no complaints in this regard.

Moving further in this Asus RT-AC86U review, we can’t complete it unless we discuss some of its gaming-centric features. As for a gamer who plays on a wireless connection, such as mobile gamers, anyone will probably fall in love with this Asus AC2900 router because of the low-latency experience it provides. All thanks to the Double Boost Technology that works to take the packets from device to router and then router to servers with boosted speeds, and also while receiving the packets from the server’s end.

That said, it works in accommodation with the in-built Game Accelerator which finds the best and shortest routes with the help of Gamers Private Network® (GPN®) from WTFast®. This results in a reduction in ping up to 30-60% and even helps with ping variation and packet loss. We also can’t forget to address the Adaptive QoS technology which you might know as Dynamic QoS from Netgear routers like Netgear C7800 and Netgear Nighthawk Mesh, that smartly detects the devices which you are gaming on, and prioritizes them to offer better signal strength, bandwidth, and overall quality service. Thus, you can always take out any device to the game and always be sure that you are playing it with the best possible connection settings all the time, as everything is handled by the router itself.

Although the performance of this router is well enough to leave no wireless dead-zones even in large homes. Still, if you want to improve the coverage up to a greater extent, the AiMesh technology will surely help you do it all you want. There is a selected range of routers that support the AiMesh technology, therefore, it is not mandatory to buy the same router units to make nodes. Hence, you can mix and match the routers and cover your entire home with a powerful internet connection.

With this technology, you can take advantage of all the router’s features, and even use multiple SSIDs or even control the whole network with a single SSID if you wish. It is actually a good feature to use in case you are thinking of setting up a mesh network in some office-area, multiple SSIDs will be a great feature to use.

Apart from all the smart features such as Parental controls and other features you get in the mobile app, the AiProtection feature is the one we liked a lot. It is powered by the Trend Micro™ Smart Home Network which ensures that all the connected devices stay safe and secure and no intruder can access the connection without your permission. Yes, WPA2 safety protocols are there, but having an Ai Guard watching over your connection for additional security is a must-have feature these days.

Wrapping up this Asus RT-AC86U review, we would like to conclude that if you are in search of a router that is capable of handling immense speeds and is loaded with the latest hardware as well as software, this is the one that should be in your cart. Well, no other router in this price range will offer you 2.9Gbps Dual-band coverage like this one, especially with enhanced features like Game Accelerator, Double Gaming Boost, and much more. So, this was it from our side, let us know what you feel about this router and which of its features you liked the most. We’ll be glad to go through your valuable suggestion in the comments section. 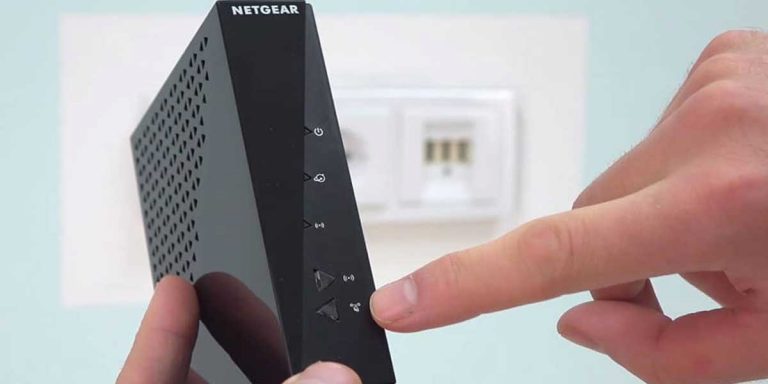 Mostly all of us have a Wi-Fi connection at home. Gone are the days when 1 GB of mobile data was enough for a week or even months. It seems quite simple to buy a router and call any ISP to set it up for you along with an Internet plan. But, do you actually…

Xfinity, formerly known as Comcast Cable, is one of the leading wireless service providers in the United States. Being one of the largest in the telecommunications industry in the country, it is no surprise that the company has also ventured into the hardware industry, partnering with brands like Arris supply hardware for their wireless business….

We are now living in an age where high-definition content consumption is just a click of a button. So it is always important that aside from a good service provider, you also need a great performing modem and router for a more stable and reliable internet connection in your home. Fortunately, there are already some… 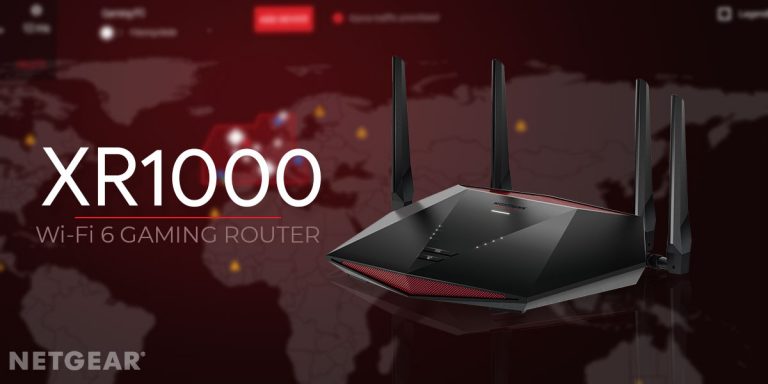 To have the best experience during gaming, you should always make sure that you have the best PC setup — from CPU, GPU, display, and storage type. However, while most of the games remains playable offline, most high rated games can now only be played with an internet connection. In this case, you also need,… 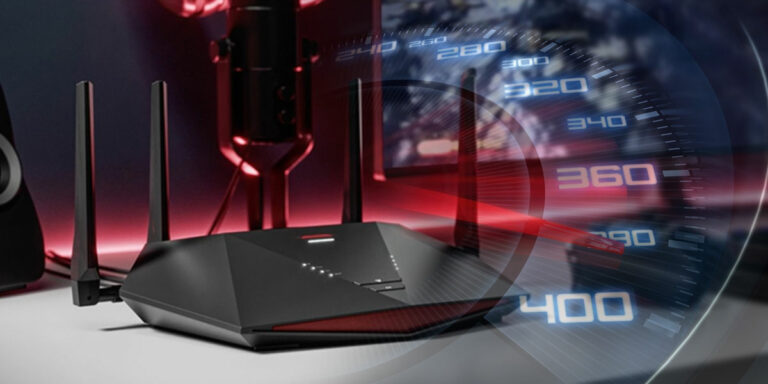 If I asked you to name the one thing that frustrates you the most, I am sure the majority of  you will respond with a poor internet connection. Imagine you’re in the middle of a hot kill streak in a multiplayer battle having the game of your life. You have levelled up effortlessly and hold…